Vikas Dubey killed in self-defence as he attempted to flee: UP STF on how gangster was shot dead

The Special Task Force of Uttar Pradesh Police on Friday explained the sequence of events and the circumstances under which notorious gangster Vikas Dubey was killed shortly after he arrived in Kanpur from Ujjain on a transit remand. 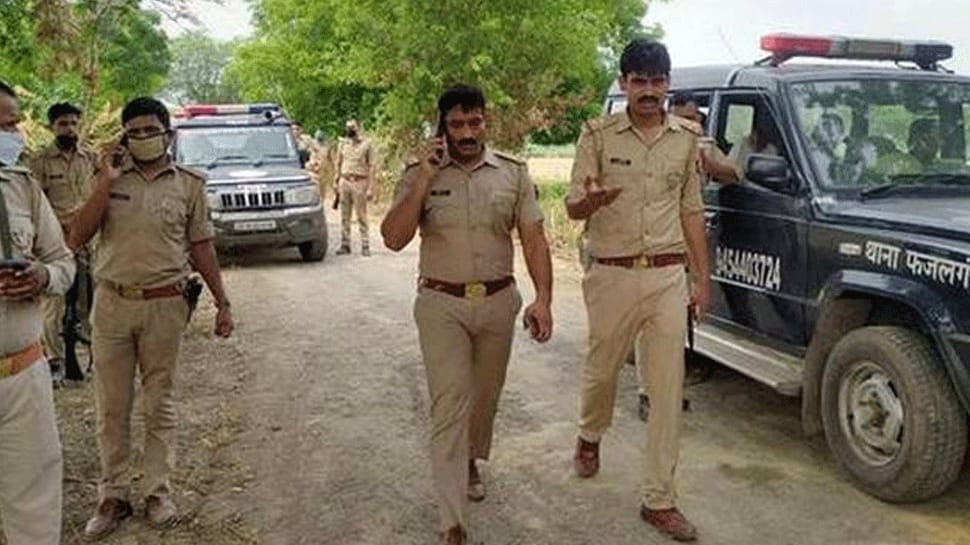 KANPUR: The Special Task Force (STF) of the Uttar Pradesh Police on Friday explained the sequence of events and the circumstances under which notorious gangster Vikas Dubey was killed shortly after he arrived in Kanpur in a police vehicle from Ujjain on a transit remand.

The UP STF claimed that a herd of cows and buffaloes suddenly appeared before the police vehicle that was transporting gangster Vikas Dubey to Kanpur and this caused an accident, following which the vehicle overturned and several policemen were injured.

It said that taking advantage of the situation, Dubey tried to escape from the spot and snatched a police personnel’s pistol and fired at the police party. However, he was shot dead in self-defence.

"The herd of cows, buffaloes suddenly came in front of the vehicle and the driver swerved the vehicle causing it to overturn," said a statement released by the UP STF on Friday evening.

"Taking advantage of the situation, Vikas Dubey snatched the pistol of inspector Ramakant Pachauri and got out of the vehicle. He started running away. The second vehicle coming from behind and STF DSP Tej Pratap Singh and other STF personnel stopped and were told that Dubey had run away with the firearm. They chased the gangster and he started firing at them. Thee STF personnel tried to catch him alive but had to fire in self-defence," the statement read.

Inspector Ramakant Pachauri, Sub Inspectors Pankaj Singh, and Anup Singh, constables Satyavir and Pradeep Kumar received serious injuries in this accident. The STF further said that they immediately took Vikas Dubey to the hospital for "first aid" but the doctors declared him dead after examination.

Inspector Shivendra Singh and constable Vimal Yadav were injured in the firing by Dubey and they were also rushed to hospital. The STF officials refused to respond to questions like if Dubey was shot dead in wet mud, why were there no marks of mud on his clothes.

However, questions are being raised over UP police theory as Dubey had a rod in his one leg which made him walk with a limp, making it nearly impossible for him to run so fast from the site of the accident.

The UP STF personnel chased Vikas Dubey after the accident as he snatched the service revolver of one of them. A gunfight ensued at the spot in which gangster was killed on the spot. Dubey was taken to the hospital where he was declared brought dead by doctors.

"Gangster Vikas Dubey killed in an encounter when he tried to flee after a road accident," said IG, Kanpur Mohit Agarwal. Uttar Pradesh Chief Minister Yogi Adityanath was also apprised of the incident.

Dubey, the main accused in the Kanpur encounter case, was arrested by the police in Ujjain on Thursday morning. He was on the run for the last several days and had come to Ujjain to offer prayers at Temple, where he was identified by a security guard at the shrine.

The gangster was the main accused in the encounter that took place in Bikru village in Chaubeypur area of Kanpur last week, in which a group of assailants allegedly opened fire on a police team, which had gone to arrest Dubey.