The Warangal district police in Telangana on Monday afternoon arrested a 26-year-old man acccused of killing 10 people. Originally from Bihar, Sanjay Kumar Yadav, was in a live in relationship which went sour and he allegedly killed the woman. Yadav then killed nine others to cover up his crime. 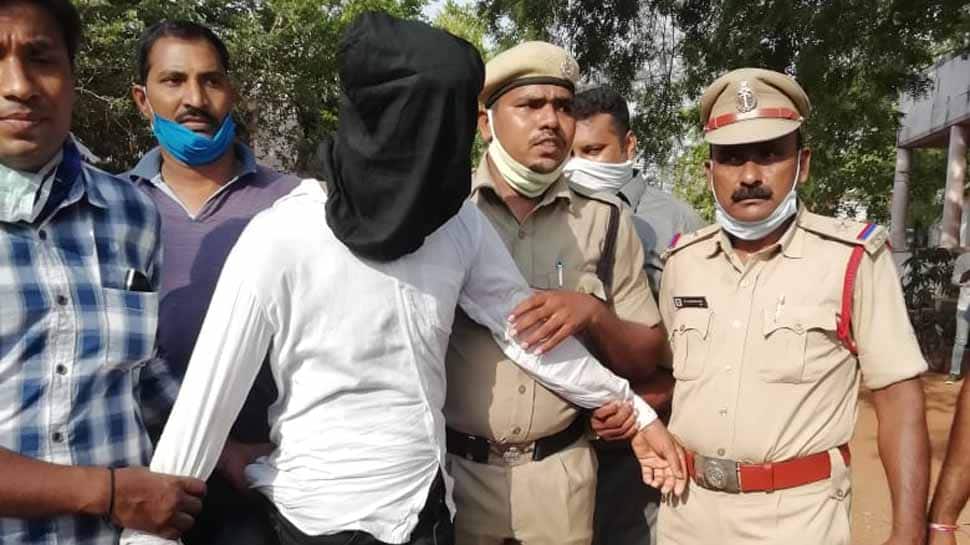 Hyderabad: The Warangal district police in Telangana on Monday afternoon arrested a 26-year-old man acccused of killing 10 people . Originally from Bihar, Sanjay Kumar Yadav had been living in Warangal for six years and was in a live in relationship which went sour and he allegedly killed the woman. Yadav then killed nine others to cover up his crime.

The matter came to light on May 21, when the owner of a gunny bag stitching unit from Gorrekunta village lodged a missing complaint with the police about a family and few others who used to work and reside in his godown premises. They had all apparently vanished from their rooms without any trace.

Taking up the matter, the police searched the premises and their attention was drawn to an abondoned well. They saw some bloated gunny bags in the water. Inside the bags they found four bodies of Mohd Maqsood Alam, his wife Nisha, his daughter Bushra and her three-year-old son.

The next day (May 22), five more bodies were recovered from the same well while water was being pumped out. The others bodies were of Mohd Shahbaz, Mohd Mashel sons of Mohd Maqsood. The police recovered bodies of Shyam Kumar, Sriram Kumar (both hailing from Bihar) along with Md Shakeel, all workers at the godown.

Within 72 hours, the police managed to arrest the accused Sanjay. Upon questioning he revealled chilling details of the murders he committed.

Rafiqa, neice of Nisha Alam, and Sanjay had become very close and started living together. As Rafiqa started pestering Sanjay to get married, the latter hatched a plan to kill her. He told her that they will got to West Bengal to talk to Rafiqa's family for marriage. On March 7, both Sanjay and Rafiqa boarded Garib Rath train from Warangal towards Visakhapatnam.

Commissioner of Warangal Police Dr V Ravinder said, "After dinner, Sanjay gave Rafiqa buttermilk laced with sleeping pills powder. As she fell asleep, at around 3 am when he saw all other passengers were also in deep sleep, he dragged the sleeping Rafiqa towards the bogie door and threw her away from the running train. Later, after reaching Rajahmundry, Sanjay came back to Warangal and acted normal."

The local Railway police in Nidadavolu near Rajahmundry which had found the then unknown and unidentified body (of Rafiqa) had registered it as 'suspected murder case' because of strangulation marks with chunni tied around her neck.

Since March second week, Rafiqa's aunt Nisha had been questioning Sanjay about her whereabouts to which he said she has gone to her relatives place, assuring her that he was taking care of Rafiqa's three children.

However, he could not give proper answers and then the coronavirus lockdown commenced. As there was no news of Rafiqa, Nisha threatened Sanjay with a police complaint. On May 20, Sanjay decided to kill Maqsood and his family. It was Maqsood and Nisha's son Shahbaz's birthday which he joined.

"The culprit Sanjay joined the unsuspecting family stating he too has come to celebrate birthday. Somewhere in during the celebration he mixed powdered sleeping pills in the food of the family which everyone except him consumed. One of Maqsood's relative Shakeel who was also with the family consumed the food. Also, as he was acquinted with two other Biharis- Sriram Kumar and Shyam Kumar, who were staying in the other side of the godown - he laced their food also to leave no trace of murders," said the police commissioner.

When everyone fell asleep, one by one he put all the bodies in a gunny bag, dragged it to a nearby well and threw them in, the commissoner added.

Now, the police are searching for the medical shop in Warangal that gave huge quantity of sleeping pills to the accused.

Delhi's power demand clocks season's highest on May 24 due to heat wave; relief likely after May 30