He also targeted BJP for holding the Congress responsible for not building the temple. 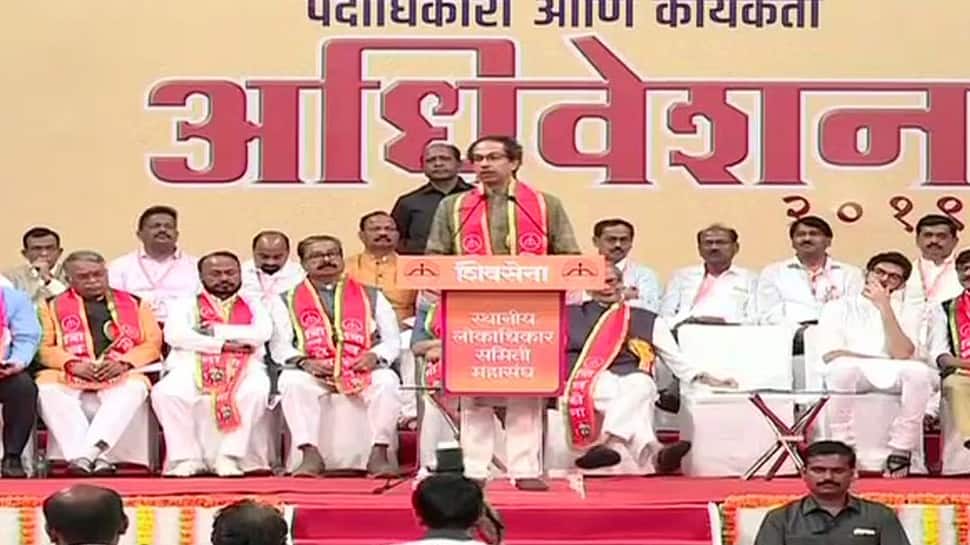 MUMBAI: Shiv Sena chief Uddhav Thackeray on Sunday hit out at alliance partner Bharatiya Janata Party questioning if the promise of building a Ram temple in Ayodhya was 'jumla' just like the promise of depositing Rs 15 lakh in bank accounts.

"Rs 15 lakh in accounts was a 'jumla' and now even this (Ram Temple) is a jumla? When we went to Ayodhya, people said, 'he is Bal Thackeray's son, he will get Ram Mandir built'. If you're making this issue also a jumla, how can you expect people to trust you," Thackeray said.

He also targeted BJP for holding the Congress responsible for not building the temple. "They say Congress comes in between when Ram Mandir issue comes up. Just because Congress comes in the middle, people punished them by taking away the majority and giving you the power. However, we don’t see any Ram Mandir built by you so far," he said.

Unlike the BJP, he said, the Sena has raised the Ram temple construction issue before the polls to "expose" those who used the issue as a poll plank. "I raise the Ram mandir issue during elections only to expose others who always use it as an election plank," the Sena chief said.

He also asked the BJP how could it build the Ram temple when it has allies like Nitish Kumar of the JD(U) and Ram Vilas Paswan of the LJP opposing it. "The BJP should come clean on it," he added.

Targeting the Centre over the recently passed quota bill for upper caste economically weak people, he questioned if the government has considered how it will be implemented. "If you really want to help financially weaker section, then why don’t you exempt those below Rs 8 lakhs per annum income from paying taxes? You have given reservations but have you calculated or considered the actual way of implementing reservations," he said.