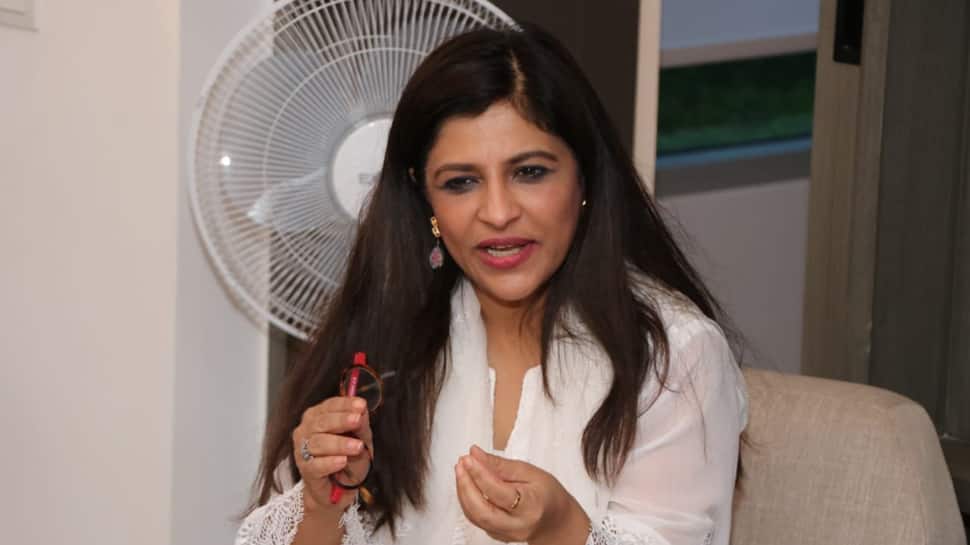 While many have shared and liked the video of India’s Ambassador and Permanent Representative to United Nations Syed Akbaruddin’s smart retort to Pakistani journalists, another video has now appeared wherein Bharatiya Janata Party (BJP) leader Shazia Ilmi can be seen given a befitting response to Pakistani supporters in Seoul in South Korea.

The video was shared on microblogging site Twitter by news agency ANI.

It starts with a group of Pakistani supporters raising anti-India and anti-Modi slogans on a street in Seoul. Some of them are holding Pakistani flags and raising ‘Azadi’ slogans like – ‘Haq hai hamara Azadi’ and ‘Hum le ke rahenge Azadi’.

BJP’s Shazia Ilmi was passing through the site of the protest in a taxi, which stopped near the group of Pakistani supporters. The BJP leader could be seen alighting from the car and walking towards the protesters.

According to ANI, she was accompanied by other members of the BJP as well as the Rashtriya Swayamsevak Sangh (RSS).

At first, Shazia and the person accompanying her can be seen trying to question the Pakistani supporters on why they are protesting. They tell them that they are from India and they see no reason why the protestors should raise slogans against India and Prime Minister Narendra Modi.

The Pakistani supporters, however, refuse to relent and start shouting anti-Modi and anti-India slogans. They even refer to India as “terrorist”.

As they fail to even listen to the reasoning Shazia and others, the BJP leaders starts raising ‘India Zindabad’ slogans. Others in her group also join her in raising pro-India slogans till local police intervene and request them to move away from the site of protest.