At least 23 people were killed and 27 injured in the blast that occurred in the firecracker manufacturing unit in the densely-populated Gurdaspur on Wednesday evening. 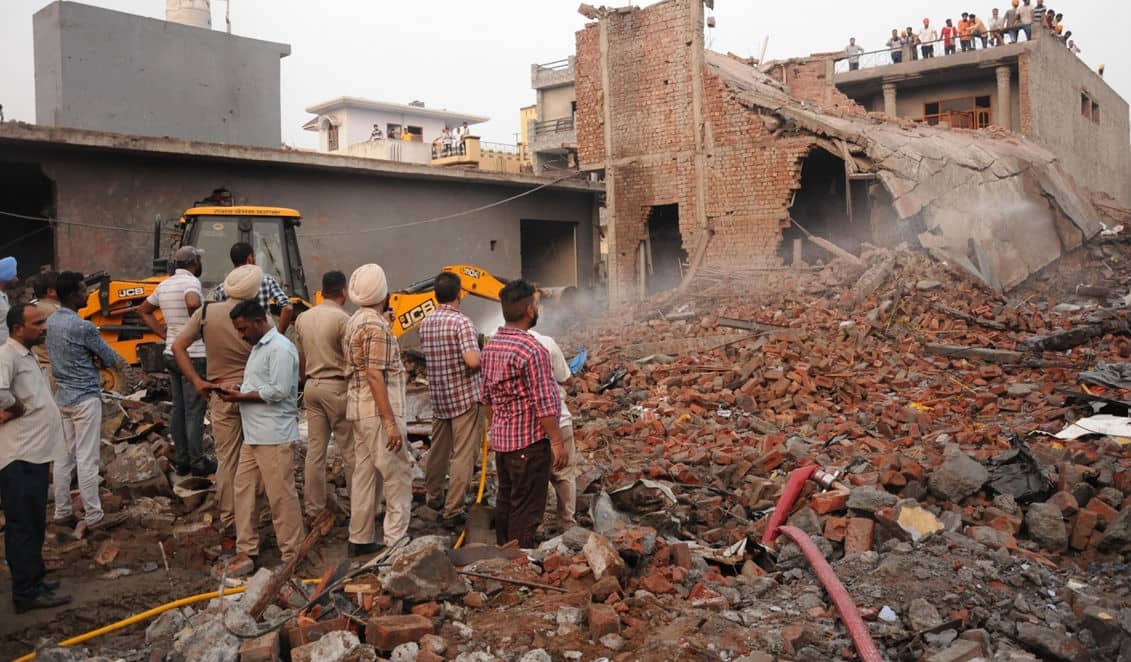 New Delhi: A CCTV footage near the Gurdaspur blast site has captured moments before the explosion took place and the impact it had on the surrounding.

The video shows a man sweeping the road while two women pass by, followed by two bike riders. Suddenly, an explosion occurs and the man eventually runs inside for cover. Dust from the explosion kicks up and spreads across the area.

Several nearby buildings were badly damaged in the explosion.

Two teams of the National Disaster Response Force (NDRF) were rushed to spot to carry on the rescue operation.

News agency IANS quoted an official as saying that the firecracker manufacturing unit was unauthorised. Locals complained the firecracker unit was running illegally for the past many years. It was manufacturing and storing crackers for a 'nagar kirtan' - a religious procession relating to the birth anniversary celebrations of Guru Nanak Dev.

Punjab CM Amarinder Singh announced an ex-gratia grant of Rs 2 lakhs for the kin of the deceased and Rs 50,000 for those seven severely injured and Rs 25,000 for those with minor injuries.