The video is the last recorded footage of the eight mountaineers and was recorded in a memory video device which was found by the search teams. 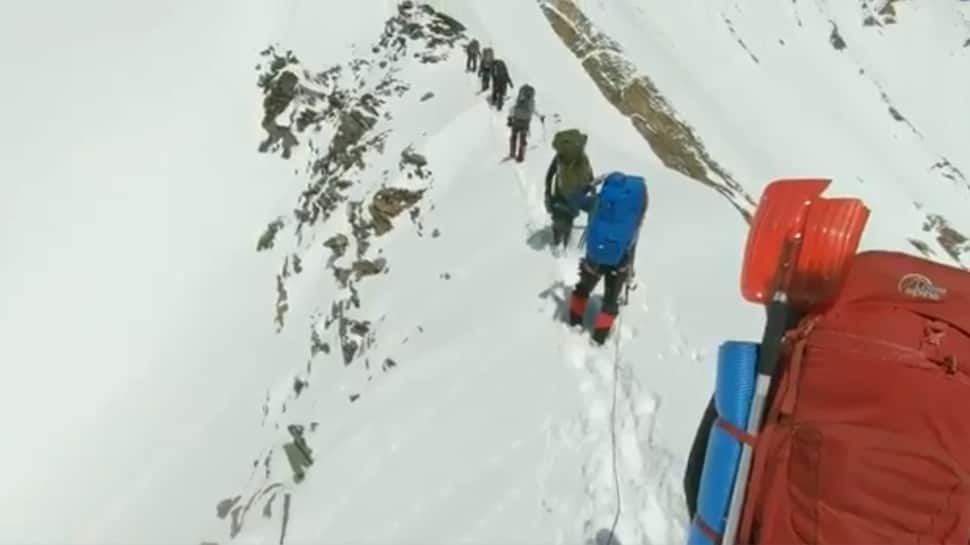 What were the last few moments of the eight mountaineers who went missing while trekking to Nanda Devi East peak in Uttarakhand's Pithoragarh district like? The mind-boggling question has been answered by the Indo-Tibetan Border Police (ITBP) through a video shared on Monday.

The 1 minute 55 second video begins at dawn and shows the mountaineers moving swiftly in a line on the snow-capped peak.

Last visuals of the mountaineers' team near the summit on unnamed peak near the #NandaDevi east. ITBP search team of mountaineers found the memory video device at 19K ft while they were searching the area where bodies were spotted. pic.twitter.com/0BI87MEA8Y

Two teams comprising of 12 members from Himalayan Run and Trek Private Limited had left Munsiyari to scale the Nanda Devi East peak in Pithoragarh on May 13. When one team, comprising of eight members, led by well-known British mountaineer Martin Moran, did not return to the base camp on the appointed date on May 25, the district administration with the help of the IAF conducted an aerial survey of Nanda Devi East.

The five mountaineers were found at the beginning of the search but they could not be rescued by the aircraft of the IAF. After this, a team of skilled mountaineers of ITBP were formed who carry out the search operation on foot from the Nanda Devi base camp. Despite the bad weather and in adverse conditions, the ITBP found the bodies of seven of the eight mountaineers.

The eight-membered team comprised of John McLaren, Richard Payne, Rupert Havel (all from the UK), Ruth Macrain (Australia), Anthony Sudekum (US), Rachel Bimmel (US) and a liaison officer from the Indian Mountaineering Foundation Chetan Pandey. Moran, who led the team, had already scaled the peak twice in the past.