Senior officials said that the drill was conducted in the wake of an unforeseen terror or chemical attacks.

New Delhi: To assess the preparedness involved in tackling terror attacks, chemical attacks or an IED blast, a mock drill was conducted at Delhi's Kashmera Gate Metro station on Friday.

Senior officials told Zee News that the drill was conducted in the wake of an unforeseen terror or chemical attacks. 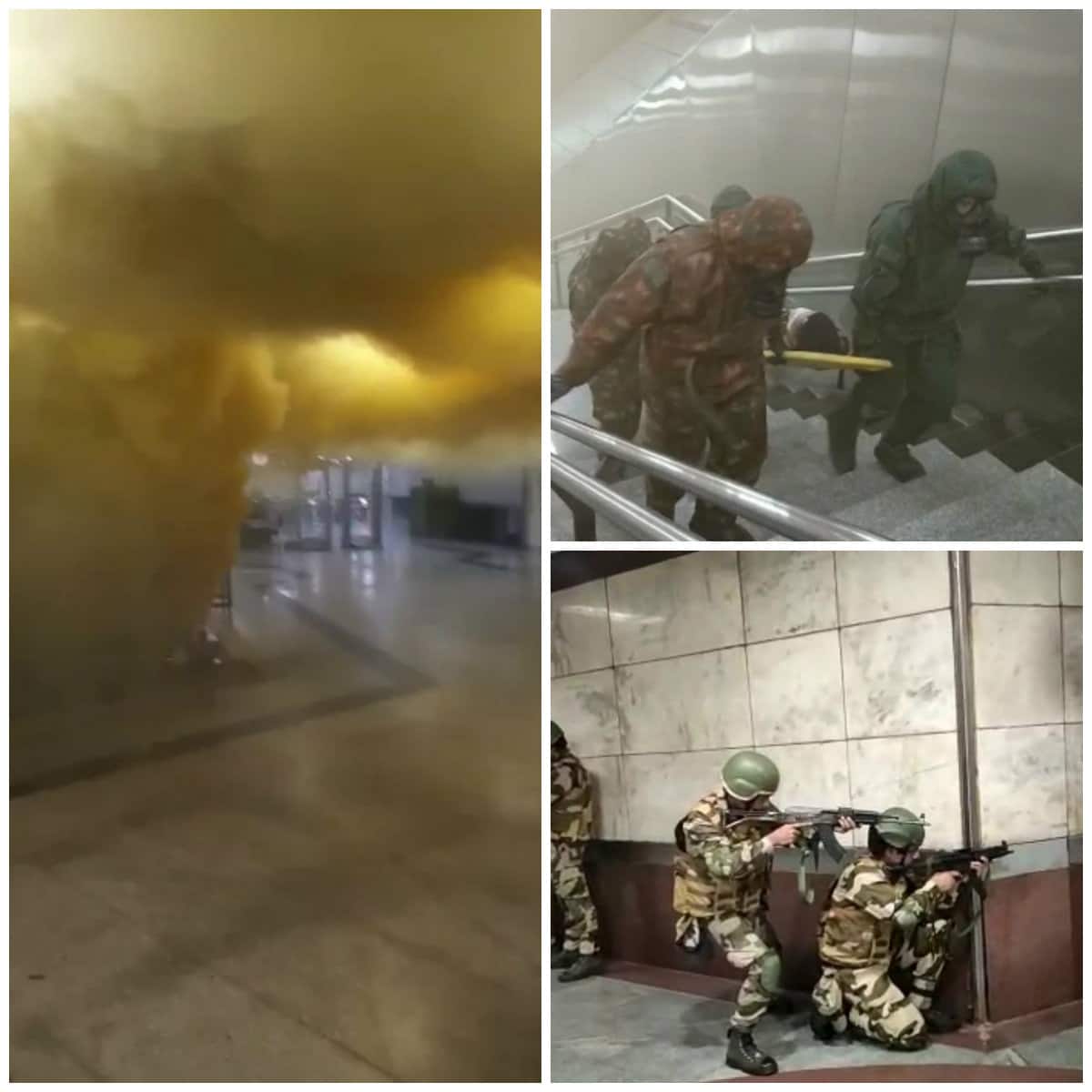 It was scheduled for 12.50 am after the metro stations were closed for the day.

Under the drill, three blasts were planted at the metro station. After the blasts took place, the CISF commandos, along with Delhi Police's SWAT team, took charge to deal with the situation. The NDRF, DDMA teams and fire brigade also reached on the spot to carry out the rescue operations.

Meanwhile, the bomb squad combed the entire area using a bomb detector and a sniffer dog. They diffused three bombs on spot.

The mock drill was conducted for three hours under the guidance of top NSG and IB officials.