A Pakistani journalist had raised questions about India’s stand of not initiating dialogue with the neighbouring country unless it puts an end to terrorism. 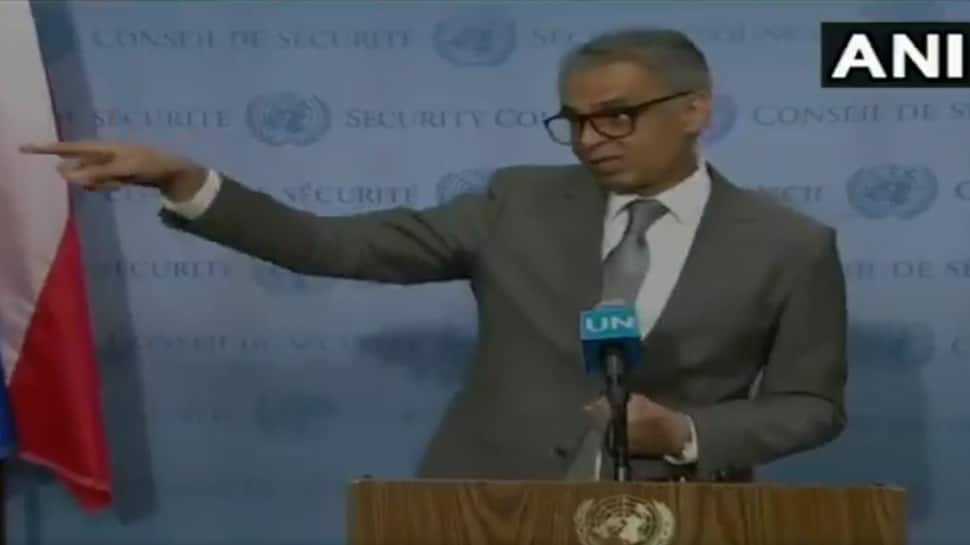 India’s Ambassador and Permanent Representative to the United Nations, Syed Akbaruddin, on Friday gave a befitting response to Pakistani journalists, who raised questions about India’s stand of not initiating dialogue with the neighbouring country unless it puts an end to terrorism.

Akbaruddin was interacting with mediapersons after representatives of Pakistan and China addressed them.

As he started his press meet, Akbaruddin first opted to answer the questions by three Pakistani journalists. When one of the journalists asked, “When will you begin dialogue with Pakistan?” Akbaruddin left his podium and walked up to the him.

#WATCH: Syed Akbaruddin, India’s Ambassador to UN says,"so, let me start by coming across to you and shaking hands. All three of you," to a Pakistani journalist when asked,"when will you begin a dialogue with Pakistan?" pic.twitter.com/0s06XAaasl

“So let me begin by coming across to you and shaking your hand…all three of you,” said Akbaruddin.

Prior to this, one of the Pakistani journalists had said Akbaruddin that while he says that talks would happen between India and Pakistan, why has New Delhi closed all roads that lead to dialogue. Responding to it, the Indian envoy said that talks cannot happen while you increase terrorism. “Stop terror and we will talk to you,” he said.

During the media interaction, Akbaruddin reiterated that India’s stand on Article 370 and Jammu and Kashmir was completely an “internal matter”.

The Indian envoy said, “Our national position was and remains that matters related to Article 370 of the Indian Constitution are entirely an internal matter of India.”

“We note that there were some who tried to project an alarmist approach to the situation which is far from the ground realities. Of particular concern is that one state is using the terminology of 'jihad' against and promoting violence in India including by their leaders,” he added.

On the issue of prevailing situation in the region, he further said, “We're committed to gradually removing all restrictions. Since the change is internal to India, have not made any difference to our external orientation. India remains committed to ensure that the situation in J&K remains calm and peaceful.”