The joint military exercise named Yudh Abhyas started in Washington on Friday as part of the ongoing defence co-operation between New Delhi and Washington. 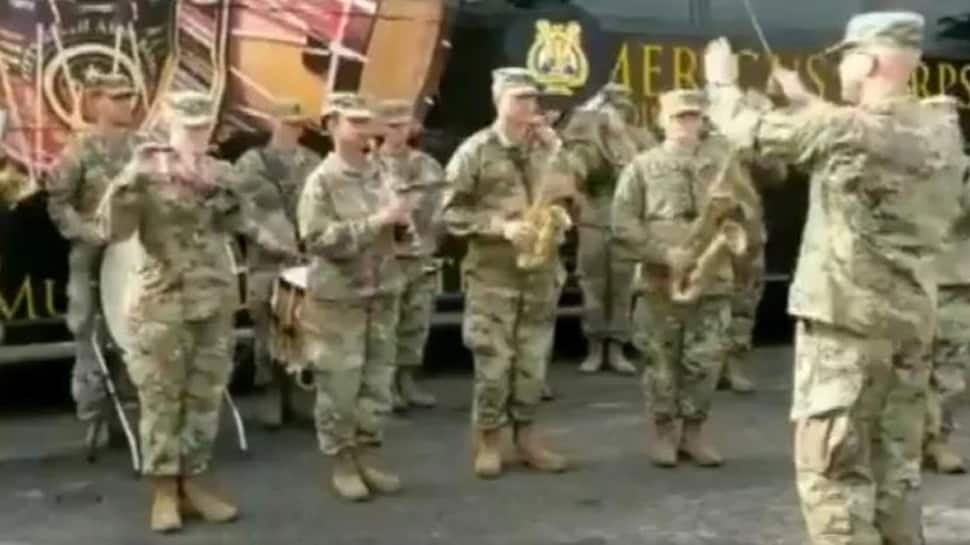 A video of American army band playing the Indian National Anthem, 'Jana Gana Mana', during a joint exercise between the Indian and US Army in Washington has gone viral on social media on Thursday. The American soldiers played the national anthem on the last day of the joint exercise on Wednesday.

The joint military exercise named Yudh Abhyas started in Washington on Friday as part of the ongoing defence co-operation between New Delhi and Washington. The join exercise ended on Wednesday at the Joint Base Lewis McChord in American capital.

#WATCH Indian and American soldiers sing and dance on the Assam Regiment's marching song ‘Badluram ka badan zameen ke neeche hai’ during Exercise 'Yudhabhyas' being carried out at Joint Base Lewis, McChord in the United States of America pic.twitter.com/6vTuVFHZMd

The video was shot during the joint exercise and in the video a group of Indian and American soldiers were seen clapping their hands together and moving along the rhythm of the song, which speaks about the tale of how a dead soldier was kept alive in record books to ensure his ration could be drawn and distributed among the other soldiers.

The song is based on a true story from World War II when Indian Army soldier Badluram died fighting against Japan. After Badluram's death, one officer forgot to report Badluram's death to the Army. As a result, Badluram's ration kept coming in the form of surplus ration for the Army unit. This ration ultimately became the surviving factor of the Indian soldiers.