India may be on the fast track towards becoming a global power but to people in Shahpura, it hardly does anything to quench their thirst. 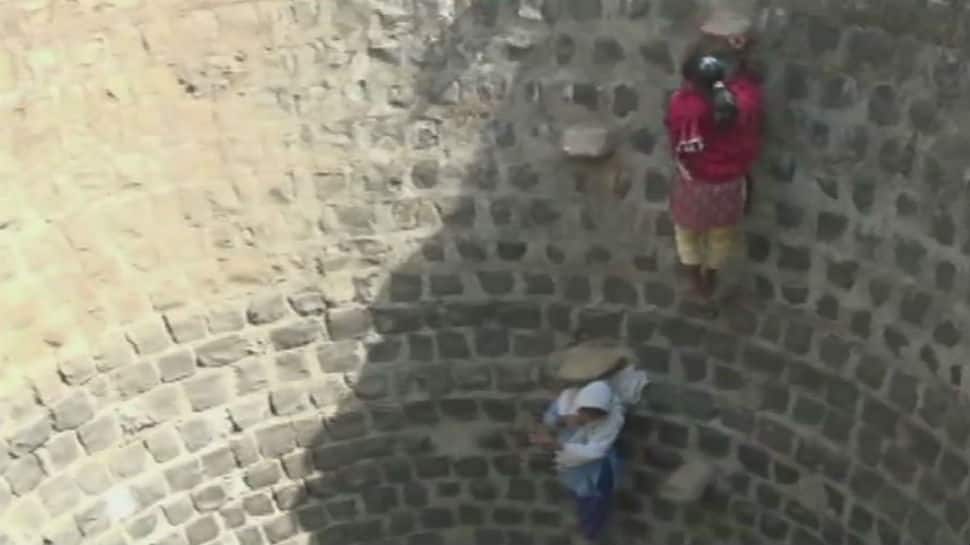 New Delhi: Far removed from the big urban centres of Madhya Pradesh, Dindori's Shahpura is currently in the midst of a water crisis not seen in decades. Left with no option, locals - including children - are regularly climbing down a well which too is at least a kilometer away.

News agency ANI reports that locals in Shahpura have to trudge a long distance each day in search of water. The only well is a kilometer away and even here, the water levels are so low that instead of dropping buckets, people themselves climb down and collect supplies. Many, including children, make the dangerous climb down the well each day and say it is the only way they can get water for their daily consumption and needs.

The peak summer months here have resulted in all major and minor water bodies in the area drying up.

The local administration has said that it has directed for two water tankers to be supplied everyday to provide relief to people.

#WATCH: People in Dindori's Shahpura climb down the well in their area to collect water, as they are unable to fetch it using buckets due to less quantity. Locals are facing acute water shortage, SDM says Panchayat has been asked to provide 2 water tankers daily. #MadhyaPradesh pic.twitter.com/6kyenmpSXC

Water crisis is fast becoming a major problem in small towns and villages across Madhya Pradesh and Chhattisgarh. In recent weeks, there have been reports of people drawing drain water, pulling up and consuming dirty water from wells, and even using clothes as filters because a clean supply line is absent in many parts.