Zee News had said that Vishal was present in Meeranpur of Muzzaffarnagar district in Uttar Pradesh and in the CCTV footage he can be seen withdrawing money from an ATM. 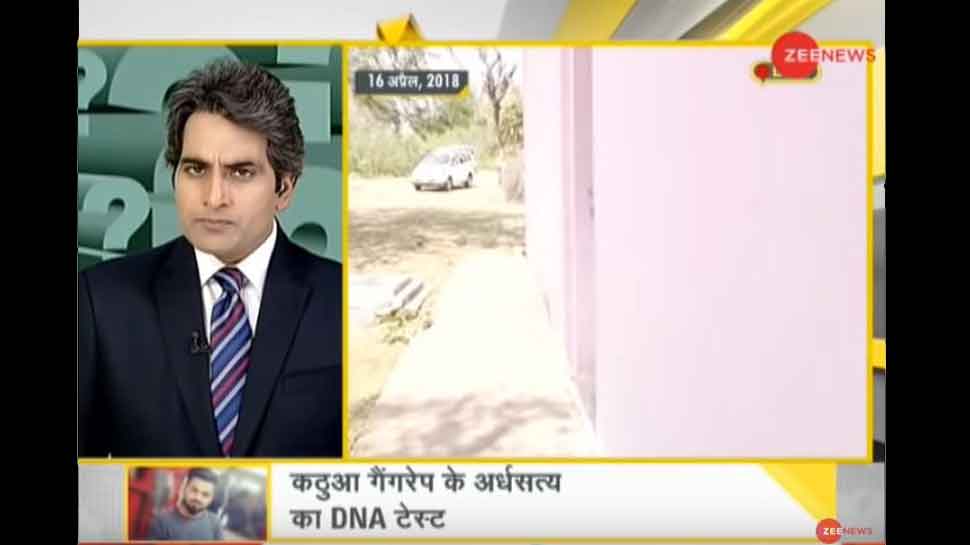 A special court in Pathankot on Monday convicted seven out of six accused in Kathura rape and murder case. The court acquitted seventh accused Vishal Jangotra and his acquittal was largely based on a CCTV footage. The CCTV footage was first aired by Zee News and at that time Zee News had said that Vishal was not present in Kathua, Jammu and Kashmir, when the incident took place.

The Jammu and Kashmir police said in its chargesheet that the victim was abducted on January 10, 2018 and held captive at a temple in a village in Kathua district. She was kept unconscious by her abductors for four days, during which she was raped. Following the heinous act, the girl was  murdered.

The chargesheet also mentioned that one of the accused then called Vishal and informed him about the abduction of girl.  Vishal was studying B.Sc in Agriculture at a college in Muzaffarnagar. The chargesheet said that one of the accused then offered Vishal to rape the girl if he wants to. The chargesheet said that Vishal reached Kathua at 6am on Jaunary 12 and raped the girl on January 13. Vishal and other involved in this heinous crime then disposed off the body of the girl in a forest and Vishal stayed in Kathua till 4pm on January 15 and then he left for Muzaffarnagar. According to chargesheet, Vishal was in Kathua from January 12 till 4pm on Jaunary 15.

But three videos accessed by Zee News raised some serious questions over the claims made by Jammu and Kashmir Police in its chargesheet.

The first video is from the outisde of an ATM of Corporation Bank in Meeranpur. The video is of January 12, 2018 and in this video Vishal can be seen entering the ATM at around 4pm. A jeep of Uttar Pradesh police can also be seen standing outside the ATM in this video.

The second video is from inside the ATM and it clearly shows him entering the ATM and inserting his card in the machine. He, however, did not withdraw the money and left the ATM after few minutes.

The third video is again from outside the ATM. In this video, Vishal can be seen coming out from the ATM.

The three videos clearly established the fact that Vishal was present in Muzaffarnagar, Uttar Pradesh, at around 4pm on January 12, 2018 and he did not reach Kathua at 6am in the morning on January 12 as claimed by the police in its chargesheet.

While acquitting Vishal, the court said that the evidence broadly supports the news clip of Zee News relating to the presence of accused Vishal Jangotra alias Shamma at Meeranpur, Muzaffarnagar during the period of occurrence and as in the present case Raju Kerni, Zee News Bureau Chief, Jammu (DW-15), has certified the CD and the pen drive to be genuine one as per actual occurrence and without modification, therefore the same certainly be relied upon for reaching at a just decision. The court also appreciated Zee News, particularly the Editor-in-Chief of Zee News Sudhir Chaudhary and staff for trying their level best to bring the actual truth on surface.

Delhi records its hottest day ever at 48 degree Celsius