It is to be noted that mobile connections were snapped after the Centre decided to abrogate Article 370, which granted special status to the erstwhile state of Jammu and Kashmir, on August 5. 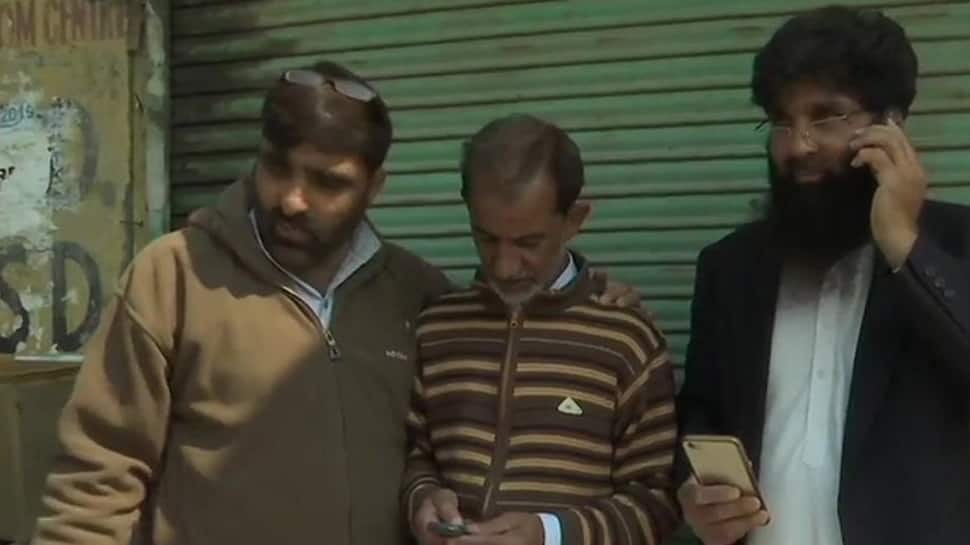 Over 70 days after Kashmir was put under an unprecedented lockdown by the Centre and all communication lines, including mobile phones and internet were snapped, the government on Monday restored postpaid mobile services in 10 districts of Kashmir. It is to be noted that mobile connections were snapped after the Centre decided to abrogate Article 370, which granted special status to the erstwhile state of Jammu and Kashmir, on August 5.

People were seen making phone calls to friends and relatives on the streets of Srinagar as phones started buzzing around 11:45 AM. There are around 60 lakh mobile connections in the valley and among them 40 lakh are postpaid.

“We are happy and thankful to the government that they’ve reopened postpaid connection but now we also need internet as our lives are dependent on it,” said Saqib Ahmad, who works with a Delhi based company.

Landline phones were completely resumed in September after people made appeal to the government to restore them. In Jammu, phones were resumed in only few weeks after remaining suspended to maintain law and order situation.

“I invite you to my house tomorrow to witness how I send my kids to school now. They have been at home since last 70 days,” said Bashir Ahmad, a resident of Rajbagh, while sitting with his son and wife.

His wife, Farhat, said that she was emotional when she made a first phone call to her mother living in a Kupwara village, some 120 kilometers from Srinagar city. “I had tears in my eyes when I spoke to her. She was equally emotional. It was our first conversation after August 5,” Farhat said.

However, majority of the people also asked the authorities to resume the internet service to help students and businessmen who are dependent on the service.

Sources said that the phone service was resumed after talking a comprehensive look of the overall security situation in the valley. Authorities had cited inputs of large scale terror attacks in the valley to suspend the calling service; however, government spokesman said that they are still receiving credible inputs of Pakistan based terror groups trying to carry out attacks in Kashmir.

It may be recalled that few days ago Jammu and Kashmir Governor Satya Pal Malik had announced the withdrawal of security advisory for tourists from October 10. The administration had also said that tourists desirous of visiting the region will be provided with the necessary assistance and logistic support.