We are Muslims by choice: Asaduddin Owaisi on Ramdev's 'Lord Ram ancestor of Muslims' comment

Yoga guru Ramdev had said that Lord Ram is the ancestor of Hindus as well as Muslims. 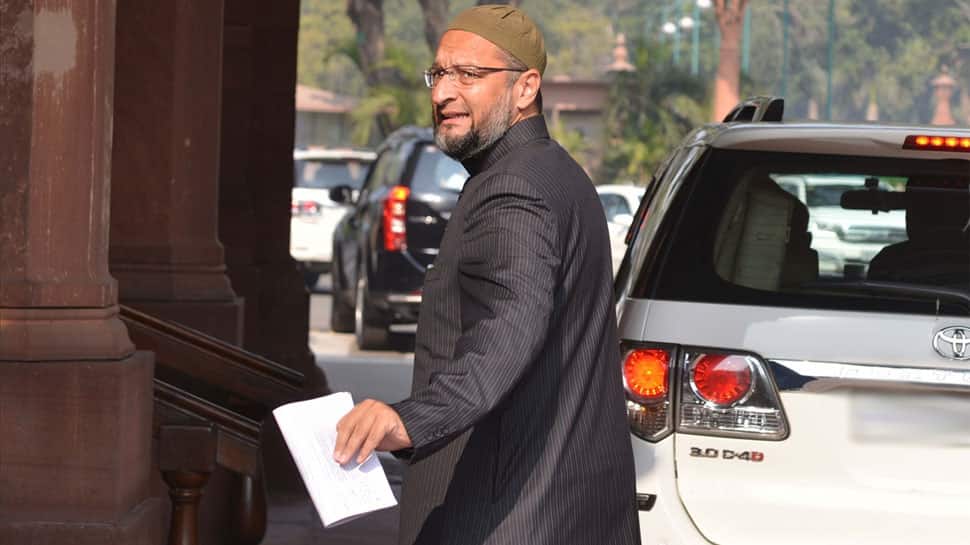 HYDERABAD: All India Majlis-e-Ittehadul Muslimeen (AIMIM) chief Asaduddin Owaisi lashed out at Yoga Guru Ramdev over his recent comment that Lord Ram was the ancestor not only of Hindus, but also of Muslims.

“I would like to tell him that keep your beliefs to yourself, imposing your beliefs is wrong,” said the Hyderabad MP.

“RSS and Sangh Parivar make such statements every time. We are Muslims by choice, nobody forced our ancestors,” he added.

Talking to reporters at Nadiad town in Kheda district on Friday, Yoga guru Ramdev said, “It is an undisputed fact that Ayodhya is Lord Ram's birthplace. Not just Hindus, but Ram was the ancestor of Muslims too.”

He further asserted that the issue of construction of Ram temple in Ayodhya was linked to the nation's pride and has nothing to do with vote bank politics.

"I firmly believe that Ram mandir must be built in Ayodhya. If not in Ayodhya, where would you build it? It is obvious that it will not come up at Mecca, Madina or Vatican City," he said in response to a query.

In October last year, Owaisi had dared the ruling Bharatiya Janata Party (BJP) to bring an ordinance on the construction of Ram temple in Ayodhya. Speaking to Zee News, Owaisi claimed that any such move by the government would be anti-Constitutional.

The AIMIM MP accused the BJP of playing politics in the name of Ram temple. He alleged that the BJP grabbed power at the Centre by reaping benefits of the Ram temple controversy.

“If there’s anyone who has played politics on ram temple, it is the BJP. It will do the same again because it has failed on all fronts like Jammu and Kashmir, petrol and diesel prices,” said the Hyderabad MP.