Rajasthan CM Ashok Gehlot made the statement while talking to media after he and other chief ministers of the Congress-ruled states met Rahul Gandhi at his residence in New Delhi. 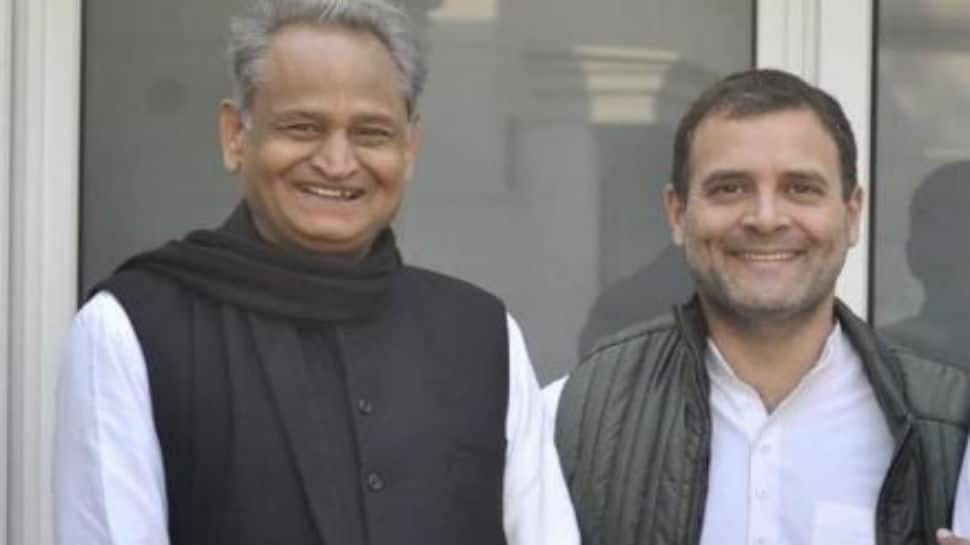 NEW DELHI: Rajasthan Chief Minister Ashok Gehlot on Monday said that the chief ministers of all Congress-ruled states have urged Rahul Gandhi to take back his decision to quit as Congress president and remain the chief of the party. Gehlot made the statement while talking to media after he and other chief ministers of the Congress-ruled states, including Madhya Pradesh CM Kamal Nath and Punjab CM Amarinder Singh, met Gandhi at his residence in New Delhi.

“Rahul Gandhi heard us patiently and we expect him to agree to our request to continue as Congress chief . It was a good meeting. We talked for around two hours and conveyed to him the feelings of party workers and leaders. We hope that he will pay heed to our views and do the right thing,” Gehlot said after the meeting.

The Rajasthan chief minister said that during the meeting the senior Congress leaders held discussions over party's disastrous performance in the recently held Lok Sabha election and also took moral responsibility for the party's crushing defeat at the hustings.

Gehlot also trained his guns at the BJP and Prime Minister Narendra Modi and said that instead of doing issue-based politics, PM Modi "misled" the voters by raking up the issue of nationalism during the election campaign. “Modi ji did politics hiding behind the Army, misled people in the name of religion. He didn't talk about development, economy and employment,” said the chief minister.

It is to be noted that hours before the meeting, Gehlot had posted a tweet urging Rahul to remain as Congress president but his plea was rejected by the Gandhi scion. Gehlot said in his tweet that the Congress leaders are of the firm belief that only Rahul Gandhi has the capability to lead the party in the current scenario. He added that the commitment shown by Rahul Gandhi towards the well-being of India and its people is unmatched.

“We firmly believe that only he [Rahul Gandhi] can lead the party in the current scenario, his commitment towards well being of our country and countrymen is un-compromised and unmatched,” Gehlot wrote.

We firmly believe that only he can lead the party in the current scenario, his commitment towards well being of our country and countrymen is un-compromised and unmatched.

The Congress is facing serious crisis after Gandhi decided to resign as president of the party following the grand old party's poor showing in Lok Sabha poll. The crisis deepened further on Saturday as some more party leaders tendered their resignations to Rahul Gandhi. According to reports, Akhil Bharti Kishan Congress president Nana Patole and AICC secretary Tarun Kumar submitted their resignations from their party posts on Saturday.