The incident happened when Singh placed a book 'Ayodhya revisited' by Kunal Kishore in front of the bench. Dhavan objected to the presentation of the contents of the book on record and tore the pages. 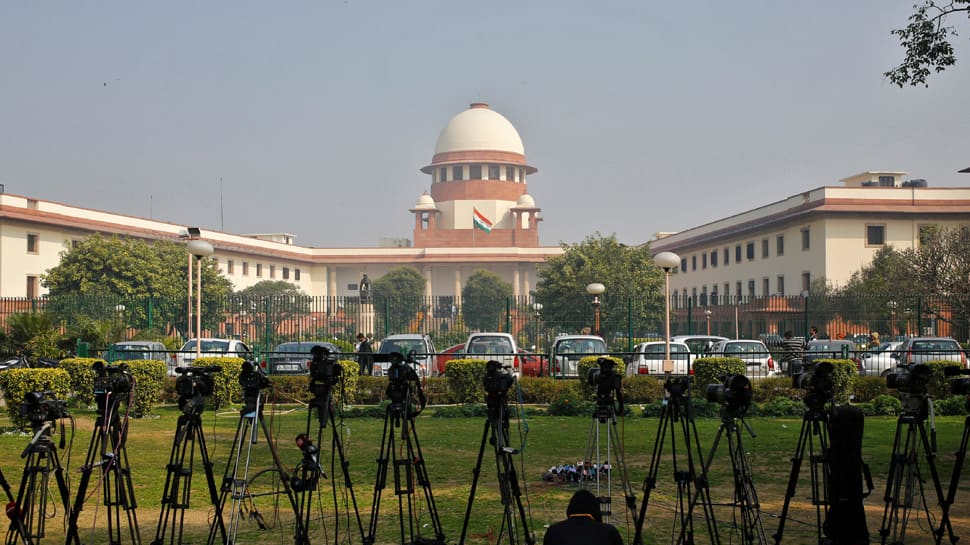 New Delhi: On the last day of the Ram Janmbhoomi-Babri Masjid land dispute case (Ayodhya case), there was high drama inside the Supreme Court when senior advocate Rajeev Dhavan, representing the Sunni Waqf Board, tore up papers and maps submitted by counsel of All India Hindu Mahasabha Vikas Singh.

Infuriated over Dhavan's behaviour, Chief Justice of India (CJI) Ranjan Gogoi issued a warning to him and said, "You can shred it further."

Furthermore, Gogoi added that the decorum of the court was spoiled and if such arguments will go on, "we can just get up and walk out."

The incident happened when Singh placed a book 'Ayodhya revisited' by Kunal Kishore in front of the bench. Dhavan objected to the presentation of the contents of the book on record and tore the pages.

The 40-day hearing in the politically sensitive Ayodhya case will end at 5 pm on Wednesday, the CJI, while rejecting the intervention application of the Hindu Mahasabha, said.

"This matter is going to be over by 5 pm today. Enough is enough," Gogoi said.

The decision to end the proceeding in the evening was taken after a lawyer asked the apex court for more time for arguments.

The matter is being heard by a five-judge Constitution bench, headed by Gogoi. He had earlier set the deadline to finish arguments on October 18, which the bench later rescheduled to October 17.

The judgment is likely to be passed on November 4-5, before the Chief Justice retires from office on November 17.

The Constitution bench began the day-to-day proceedings on August 6 in the case after mediation proceedings failed to find an amicable solution to the dispute.

The dispute involves 2.77 acres of land in Ayodhya, which right-wing activists believe was the birthplace of Lord Ram. A 16th-century mosque, said to have been built by the Mughal Emperor Babur, which stood at the spot was razed in December 1992 by right-wing activists who believed that a temple had to make way for it. The destruction of the mosque sparked communal riots in the country.