The Prime Minister's Sunday rally is said to be culmination of the "Parivartan Yatra" launched by the BJP in the state last month. 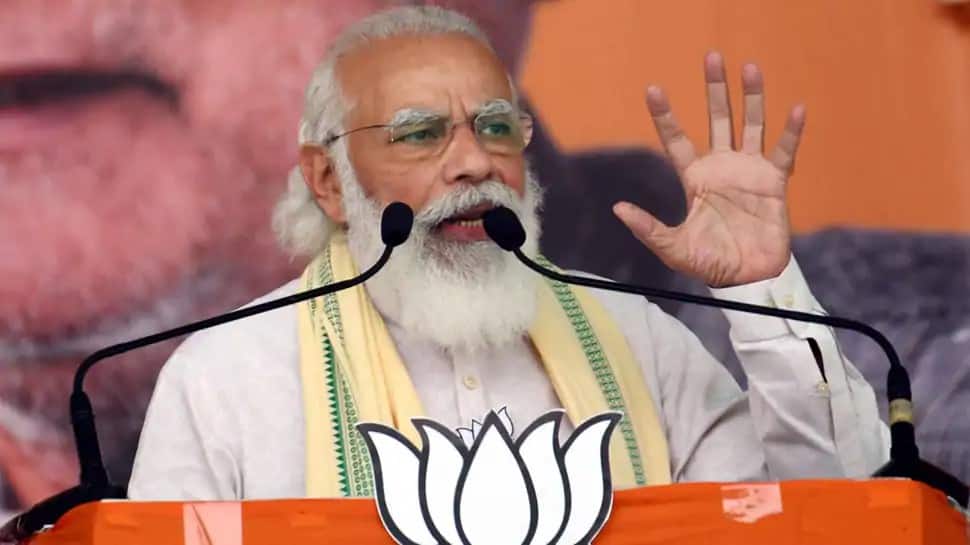 New Delhi: In a bid to boost the Bharatiya Janata Party’s campaign for the upcoming assembly elections in West Bengal, Prime Minister Narendra Modi will address a public rally at the Brigade Parade Grounds in Kolkata on Sunday (March 7).

The Prime Minister's Sunday rally is said to be culmination of the "Parivartan Yatra" launched by the BJP in the state last month.

"Prime Minister will set the tone of the election campaign with a rally at Brigade grounds," a BJP leader was quoted as saying by PTI.

It will be the first major rally by the BJP in the state after the announcement of election dates. The party is aiming to make it a grand success, drawing a record crowd.

Modi will be accompanied by top BJP leaders on the occasion.

The party has not yet released the candidate list for the upcoming polls in the state. It is expected to be announced after the brigade ground rally.

"We have decided to postpone the release of the candidate list for the brigade rally. Once it is over, we would come out with our list," BJP leader Rahul Sinha said.

Elections for the West Bengal assembly will be held in eight phases beginning with polling for 30 seats on March 27.

Draw for DDA housing scheme 2021 next week, Here’s how to attend