The West Bengal Chief Minister is staying at a house in the national capital that is next to the residence of Mukul Roy. 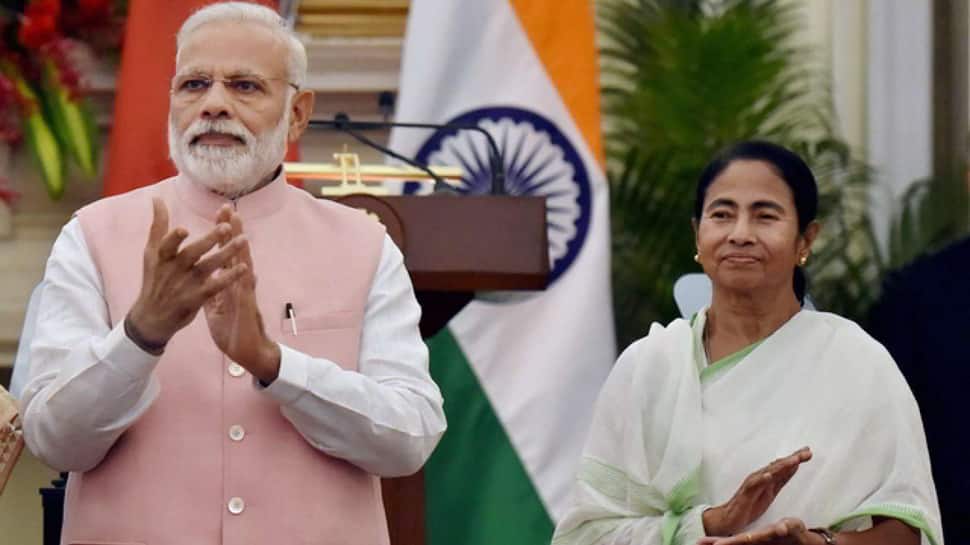 West Bengal Chief Minister Mamata Banerjee, who has been vocal against the functioning of the Bharatiya Janata Party (BJP)-led central government, is slated to meet Prime Minister Narendra Modi in the national capital at 4.30 pm on Wednesday.

Mamata’s visit to Delhi seems to have spooked West Bengal BJP leaders, who are expected to get into a huddle at the residence of Mukul Roy, once a close aide of the Trinamool Congress chief, in the national capital.

The West Bengal Chief Minister is staying at a house that is next to the residence of Mukul Roy. A key meeting of BJP leaders from West Bengal has been convened at 10.30 am on Wednesday at Roy’s residence.

Several BJP leaders from the state are likely to join the meeting and camp at Roy’s residence throughout the day.

The BJP and the Trinamool Congress have been at loggerheads in West Bengal. With its performance in the state during the Lok Sabha elections 2019, the BJP emerged as a staunch rival of the ruling Trinamool Congress.

Members of Mamata government and Prime Minister Modi-led NDA government have often indulged in war of words, apart from political violence reported from the state on several occasions.

The meeting between Mamata and Modi comes just days after the former hit out at the Centre, alleging that the country was in a state of “super emergency”. The West Bengal Chief Minister urged the people of the country to get united and take measures in order to "protect rights and freedoms" guaranteed by the Constitution.

Taking to microblogging site Twitter on the occassion of International Day of Democracy, the TMC chief had said, "On the #InternationalDayofDemocracy today, let us once again pledge to safeguard the constitutional values our country was founded on. In this era of 'Super Emergency', we must do all it takes to protect the rights and freedoms that our Constitution guarantees."