The West Bengal chief minister said that Trinamool Congress (TMC) will continue its protest against the Citizenship Amendment Act till the Centre decides to withdraw the CAA. 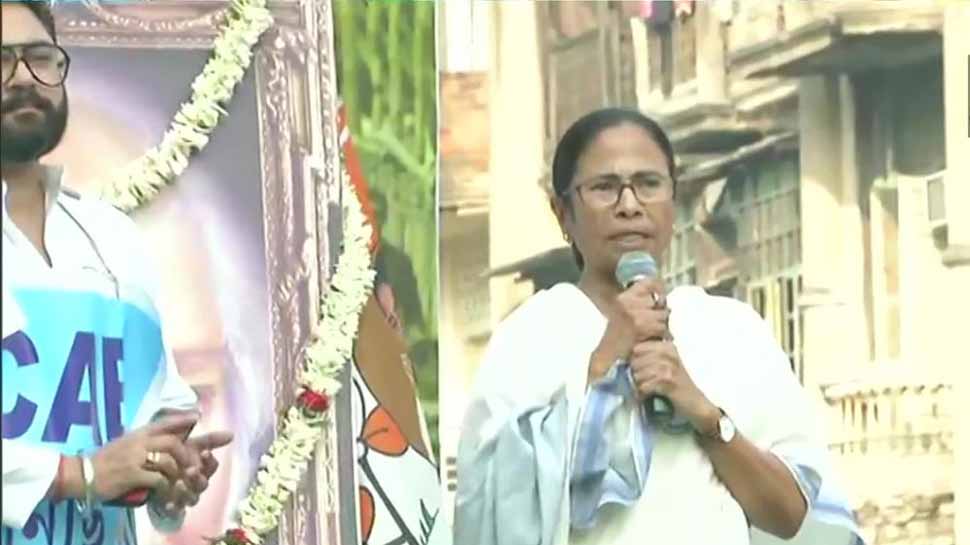 The West Bengal chief minister said that Trinamool Congress (TMC) will continue its protest against the Citizenship Amendment Act till the Centre decides to withdraw the CAA.

In a scathing attack on the Bharatiya Janata Party (BJP), the TMC supremo said that the BJP leaders think that only the BJP will remain in the country and everyone else will be forced to move out of the country but this will never happen. She added that India is for everyone and everyone is the citizen of this country.

"Only BJP will remain here and everyone else will be made to leave-it's their politics. It'll never happen. India is everyone's. Agar sabka sath nahi rahega toh sabka vikas kaise hoga? Who is the Citizenship Act for? We're all citizens. Didn't you cast vote? Don't you live here?" asked Mamata.

The West Bengal chief minister remarked that there was a time when she was alone but now chief ministers of Delhi, Bihar, Punjab Chhattisgarh and Kerala are also against the idea of implementation of NRC.

Ahead of the rally, Mamata paid tributes to B R Ambedkar and administered a pledge to the participants, calling for peace and harmony of all religions. "We are all citizens. Our ideal is harmony of all religions. We won`t let anyone leave Bengal. We will live in peace and free of anxiety. We won`t allow NRC and CAA in Bengal. We have to maintain peace," read the pledge.