After two months these robots will be incorporated to fight fire in Kolkata. The robots are designed to fight fire mainly in the areas where it becomes difficult for human firefighters to get inside. 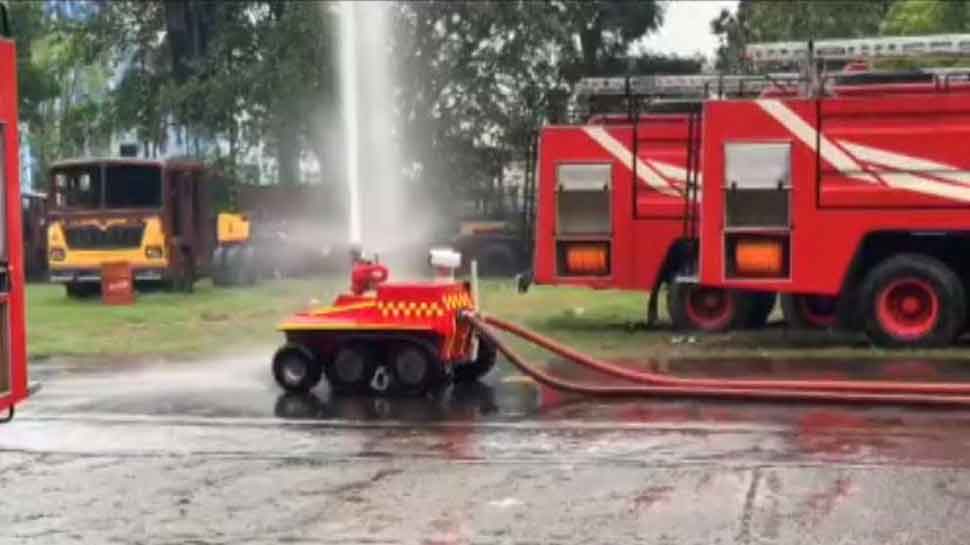 Kolkata: The capital city of West Bengal will now have robots that will help the city fight any kind of fire emergency. According to information, after two months four robots will be incorporated to fight fire in Kolkata. The robots are designed to fight fire mainly in the areas where it becomes difficult for human firefighters to get inside.

Bengal government was trying to bring a solution to this problem and therefore they initiated the idea of purchasing firefighter robots.

Bengal fire minister Sujit Basu said that they were facing huge difficulty in fighting fire in dingy places, and the emission of smoke was making it difficult for the firemen to enter the incident place and thats the reason the government thought of purchasing the fire robots.

The minister also informed that such technology will be the first time used in the state of West Bengal.

Features of the robot firefighters:

The high-tech designed robots who will be operated with the help of remote control can easily enter the incident place. The robots also come with installed cameras which can easily detect fire points. The robot can fight fire from a distance of 100 meters, they can spray water through pipes which will be connected with the water point.

The steel body robots also come with a battery backup of four hours, making them durable in case of an emergency situation.