Union Minister Hardeep Singh Puri on Sunday took on Delhi Chief Minister Arvind Kejriwal, asking what action he has taken on the reports of inquiries into the earlier incidences of `devastating` fire in the national capital. 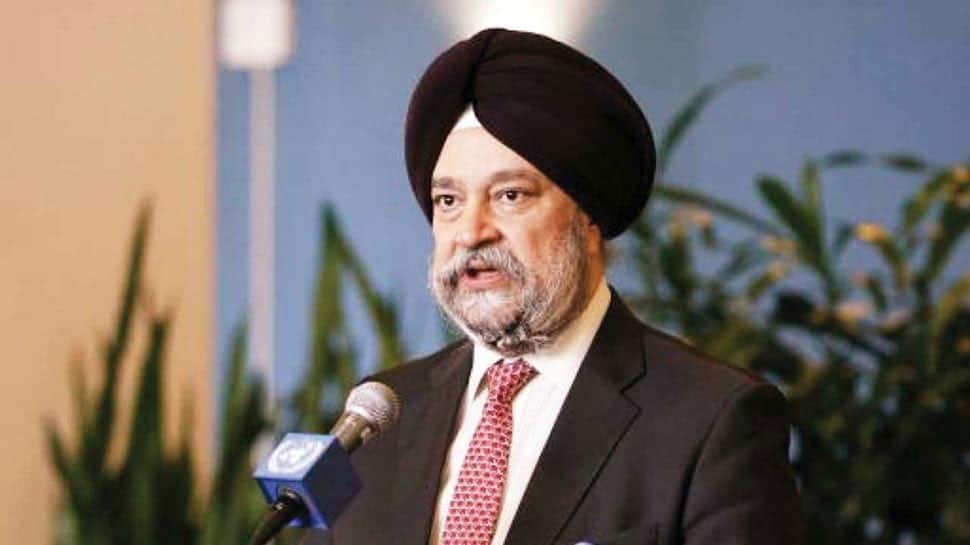 New Delhi: Union Minister Hardeep Singh Puri on Sunday took on Delhi Chief Minister Arvind Kejriwal, asking what action he has taken on the reports of inquiries into the earlier incidences of `devastating` fire in the national capital.

"Time has come when Delhi seeks answers. There have been devastating fires in Arpit Palace Hotel, Bawana Industrial Area, Kalindi Kunj, Chandni Chowk, Netaji Subhash Place to recount a few. Every time an inquiry was ordered. Even today an inquiry has been ordered," tweeted Hardeep Singh Puri.

"All well-meaning and concerned citizens of Delhi including those who lost their loved ones or were injured in those accidents, want to know what action has Delhi CM taken on the reports of those inquiries? Were they made public? Is the situation any better now?" he asked in his subsequent tweet.

Puri said that short circuit was the `immediate cause` behind the fire that broke out in Anaj Mandi at Rani Jhansi Road in Delhi but added that investigation is required to find out the real cause. As many as 43 people died and 16 others were injured after the fire broke out in the factory at Anaj Mandi on Rani Jhansi Road in the wee hours on SundayThe Delhi Police have arrested Rehan, the owner of the building, in which the blaze broke out.

A case has been registered under Section 304 (punishment for culpable homicide not amounting to murder) of the Indian Penal Code against Rehan, who absconded after the incident.