What is plogging and how it's helping in fighting climate change

The unique concept of plogging is about 'picking up plastic waste while doing jogging'. 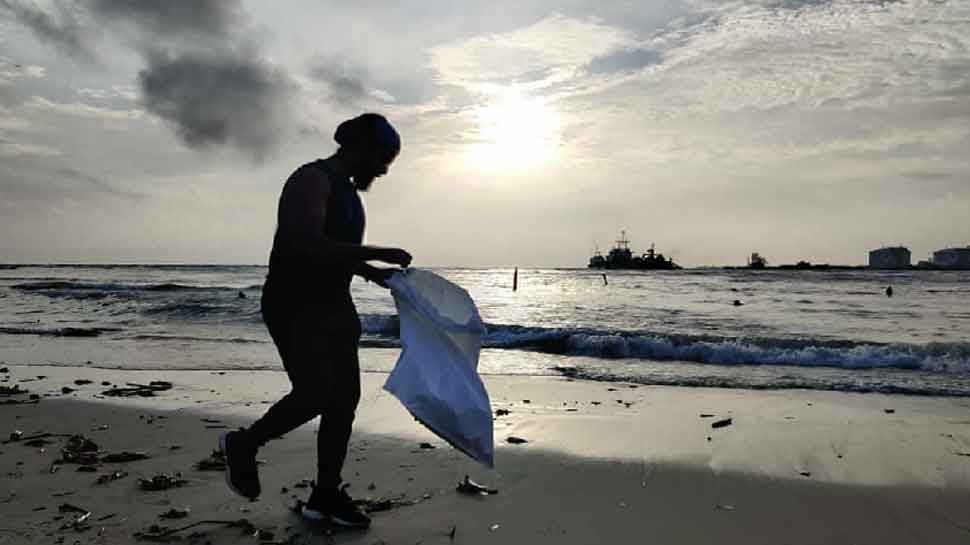 NEW DELHI: On the 150th birth anniversary of Mahatma Gandhi on Wednesday, the Narendra Modi government is organising Fit India Plogging Run across the country. It is a unique combination of picking up litter while jogging. In his popular ''Mann Ki Baat'' address on All India Radio, Prime Minister Narendra Modi drew the nation's attention towards plogging.

PM Modi termed it as an ''innovative exercise to fulfill the dreams of the Father of the Nation'', Mahatma Gandhi.

Highlighting the need to shun single-use plastic, the Prime Minister said the entire world is looking towards India as a model example. The PM expressed confidence that people will join the campaign for liberation from the menace of single-use plastic on October 2nd.

The PM also urged people to participate in Run For Unity in large numbers on the 31st of October to mark the birth anniversary of Sardar Vallabhai Patel.

Plogging is a combination of jogging with picking up litter. It started as an organised activity in Sweden around 2016 and spread to other countries in 2018, following increased concern about plastic pollution.

Founded by Erik Ahlström, Stockholm-based group Plogga aims to use the city’s runners as a force for good. His team of ploggers pull on their disposable gloves, grab a bin bag, and scan the streets for litter along their route. Once the bag is full, it’s deposited in an appropriate recycle bin, cutting down on the amount of plastic making its way to the ocean.

Every year, we produce 300 million tons of plastic and around 8.8 million tons of it get dumped in the oceans, threatening countless animals, many of which are on the verge of extinction as a result. If that wasn’t bad enough, it’s now estimated that by 2050, there will be more plastic in the ocean than fish.

To combat plastic pollution, many people, from artists, inventors, entrepreneurs, and everyday citizens are coming up with creative solutions. One such innovation is “plogging”.

Most ploggers bring gloves and a trash bag, and as they see litter while jogging, they simply pick it up. The idea with plogging is that the jogger does some sort of exercise while helping clean up litter.

Ripudaman Belvi is a marathon runner who is believed to have started plogging in India. He is also the founder of Ploggers of India, the objective of which is to build a community "with a mission to make India litter free". He started the initiative in 2017, when he was looking for a channel to contribute to society and the environment.

In his recent ''Mann Ki Baat'' radio address, the Prime Minister hailed the efforts of 'plogger' Belvi who has launched a campaign to pick up litter while jogging.

Students, teachers and parents of all the Kendriya Vidyalayas across the country will do 'Plogging' on the occasion of 150th anniversary of Mahatma Gandhi on October 2.

KVs will attempt for the largest plogging event in any part of the world on a single day by a single school chain covering an estimated distance of 2.4 lakh km by all participants, according to an official release from Kendriya Vidyalaya Sangathan (KVS).