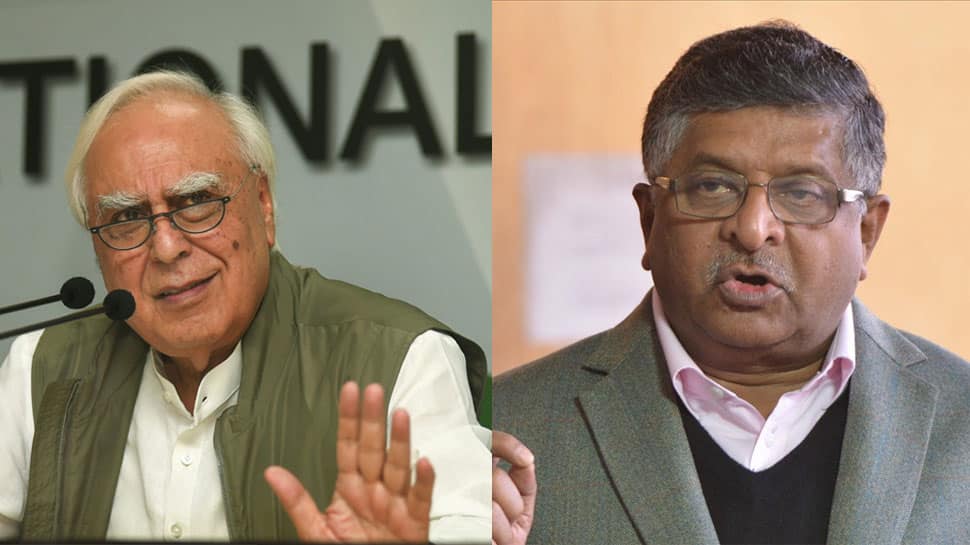 NEW DELHI: Questioning Kapil Sibal's presence in the EVM hackathon, Bharatiya Janata Party (BJP) on Tuesday alleged that Congress had organised in the event in London.

“What was Mr Kapil Sibal doing there? In what capacity was he present there? I believe he was monitoring the situation on behalf of Congress party,” said Union Minister RS Prasad at a press conference in New Delhi on Tuesday.

“Is the Congress-sponsored event designed to defame the popular mandate of India?” he said, further adding the Grand Old Party is looking for arguments to justify its future loss in Lok Sabha 2019 polls.

Addressing a press conference in London via Skype on Monday, a man – who identified himself as Syed Shuja – claimed that the 2014 general election was "rigged" through EVMs. He further added that he fled India in 2014 after feeling threatened in the country over the killing of some of his team members.

Hitting out on Shuja's comment, the Electronics and IT Minister said, “In 2014, UPA was in power, not us. Where is the logic in accusing us of hacking EVM when we were not in power?”

"We will expose this claim," Prasad added.

Union Finance Minister Arun Jaitley also lashed out at Congress and rubbished all allegations of EVM hacking. “After Rafale, the non-existent loan waiver to 15 industrialists – the next big lie – EVM hacking,” wrote the Finance Minister on his social media accounts on Monday.

The Election Commission of India also took a strong note of London-based event that demonstrated how EVMs used in India could be tampered with, terming it a “motivated slugfest”.

The poll body clarified that the EVMs can’t be tampered with, asserting that the machines are manufactured following “rigorous standard operating procedures.”