Mehbooba Mufti hit out at Centre and asked, "Is it that Pakistan is a Muslim country, that is why they don't talk to them?" 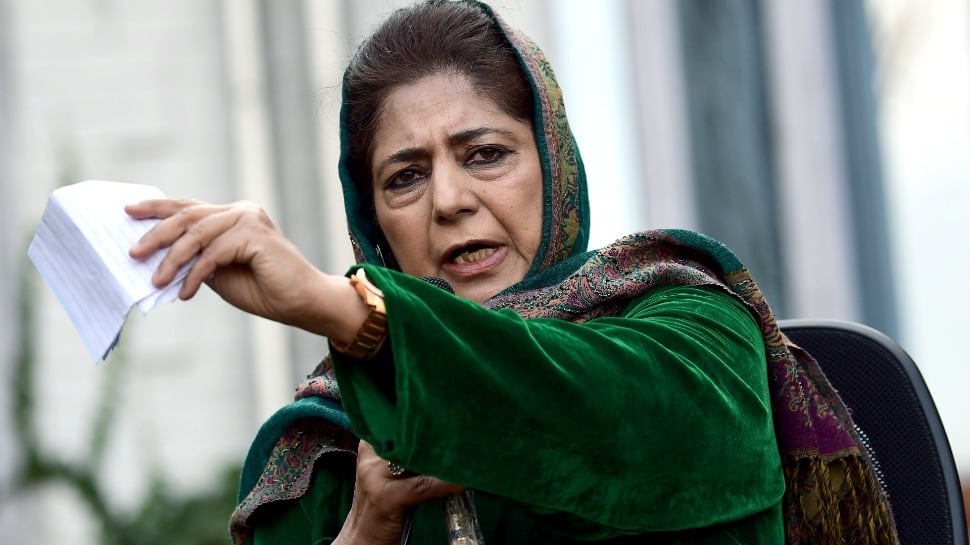 Srinagar: Peoples Democratic Party (PDP) President Mehboob Mufti on Sunday (November 29, 2020) hit out at Centre and asked why they can't hold talks with Pakistan if they can do with China.

"When they can talk with China despite that they are grabbing our land in Ladakh, there should be a dialogue between India and Pakistan," said Mufti.

Former Jammu and Kashmir Chief Minister added, "Or is it that Pakistan is a Muslim country, that is why they don't talk to them?"

While addressing a press conference, the PDP chief launched a scathing attack on the Bhartiya Janata Party-led government at the Centre and stated that they call Muslims as Pakistani, Sardars as Khalistani and activists as urban Naxals.

"If all are such, then who are Hindustani, only BJP?" Mufti asked.

Mufti said the BJP wants to create their own eco-system where there is no place of democracy and alleged that the Central government is not allowing secular voices to come up.

"I am sad from the statement from the Election Commission after my detention. The day we announced participation in the DDC elections, the harassment of our members increased from the administration," Mehbooba said.

"Disappointingly, all our institutions are working for them. The opposition in the whole country has been oppressed as when they criticise, they get targeted by all institutions like ED etc. Our people don't have security even our candidates."

Mehbooba said that it has become 'andher nagri chaupat raja'.

Targeting Centre's action in the Roshni scam, she said, "What is Roshni? It was a scheme and it has been made a scam. The biggest scam is their electoral scam. They are sending notices to poor people having only five Marla's under Roshni.

Mufti also alleged that media has become biased and said, "Media has become the 'godi gang'. Only a few support real ethics. The UAPA has become frequent as anyone can be booked without any proof."

She added, "Until and unless they aren't restoring Article 370 and Kashmir issue, they will not get success by pressurising people by different means. DDC election voter turnout is not a solution of Kashmir situation on the ground."