'Why not Prime Minister?': What PM Modi said to student who asked for tips to become President

"My aim is to become President of India so what steps I should follow," asked the boy. "Why President? Why not Prime Minister?" replied PM Modi. 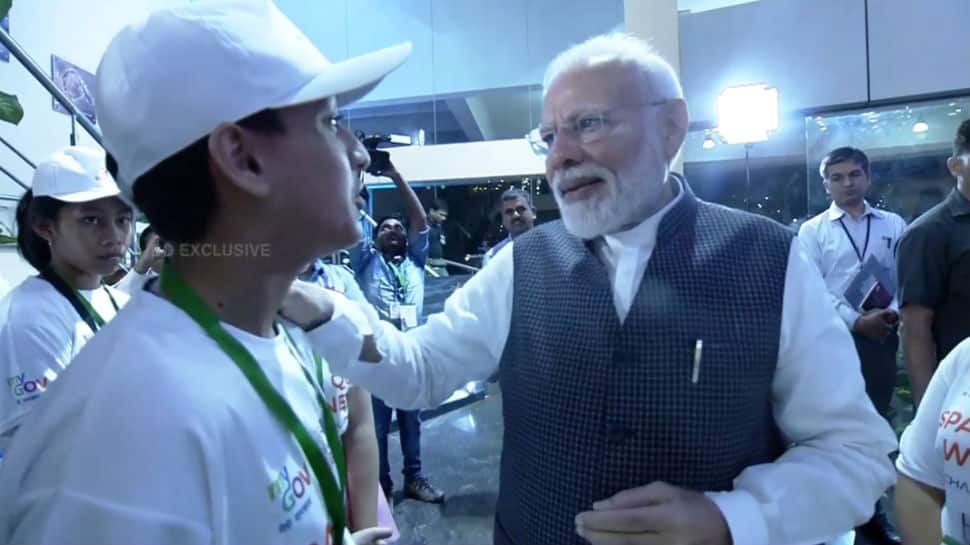 He was interacting with the group of students who were here to witness the Chandrayaan-2's soft landing on the moon.

"My aim is to become President of India so what steps I should follow," asked the boy.

"Why President? Why not Prime Minister?" replied PM Modi

#WATCH Bengaluru: "Why President? Why not Prime Minister?", says PM Modi when a student, selected through ISRO's 'Space Quiz' competition to watch the landing of Vikram Lander along with him, asks him, ''My aim is to become the President of India. What steps should I follow?'' pic.twitter.com/rhSlY1tMc4

The Prime Minister also told the students to "aim big in life and divide targets into small parts. Go for achieving these small goals. Forget about what you missed and never let disappointment enter in the way."

60 high school students who cleared an online space quiz in August were present at the ISRO to witness the India's endeavour. The communication with Vikram lander was lost moments before its planned landing on the far side of the lunar surface.

"Vikram lander descend was normal and as planned till 2.1 km. Subsequently, communication with Vikram lander was lost. Data is being analyzed," Sivan announced.

Chandrayaan-2: There will be a new dawn and a brighter tomorrow, PM Modi tells ISRO scientists