Will devise strategy after taking over as Chief of Defence Staff, says General Bipin Rawat

The Wreath Laying Ceremony was held at 9:15 am at the National War Memorial and the Guard of Honour was given near Gate No. 2, South Block Lawns at 9:30 am. 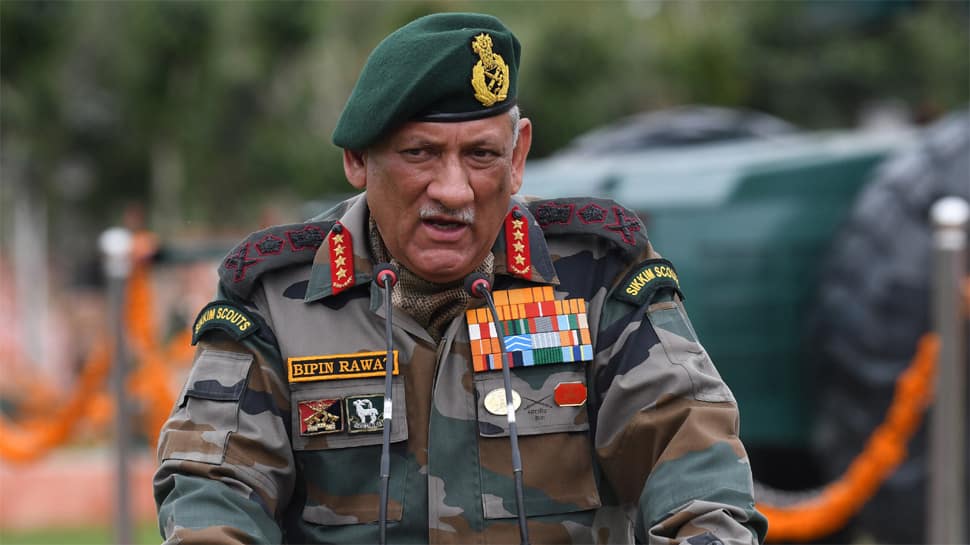 New Delhi: Outgoing Army Chief General Bipin Rawat, who is set to take over as the Chief of Defence Staff (CDS) on Tuesday (December 30), said he will plan his strategy after assuming his new position.

"The position Chief of Army Staff has many responsibilities. Till now, I was concentrating on my obligations as Chief of Army Staff. I will plan a strategy for my new role after I take over," Rawat told reporters after paying his tributes at the National War Memorial today morning.

General Rawat also congratulated General Manoj Naravane, who will be assuming the office as the 28th Army chief, and soldiers saying, "I wish good luck to all the soldiers through you as I was able to complete my tenure because of them. I want to say that the Chief of Army Staff cannot work alone and can work only with the cooperation and teamwork of everyone. Bipin Rawat is just a name. Bipin Rawat can work only when everyone's cooperation is there," he said.

"Tomorrow, I will be assuming charge as the Chief of the Defence Staff. I will speak about my priorities after assuming the new position. The work of the Chief of Army Staff is quite complex. As long as I have been in this position, I have been working only as an Army chief. Now, I will think about the new responsibilities that have been handed over to me," he added.

Answering a question by ANI whether the Army became better equipped to tackle challenges on the Pakistan and China borders under his three years tenure, he said, "Yes, they are better prepared."General Rawat said that he is focused on restructuring and modernising the Army."My focus was on army restructuring, weapon system modernisation, and non-contact warfare," he told reporters here.

The Wreath Laying Ceremony was held at 9:15 am at the National War Memorial and the Guard of Honour was given near Gate No. 2, South Block Lawns at 9:30 am.

As the Chief of the Defence Staff, which will be India's first-ever, General Rawat will be in direct contact with the Prime Minister on security issues and the chiefs of the Army, Navy and the Air Force would report to him. He would head the Department of Military Affairs and paid a salary equivalent to a service chief.