Controversy over Congress leader Rahul Gandhi's 'My name is not Savarkar' took another heated turn after Ranjit Savarkar, grandson of the Hindutva icon Veer Savarkar, on Sunday said that he will file a defamation case against the Gandhi scion. 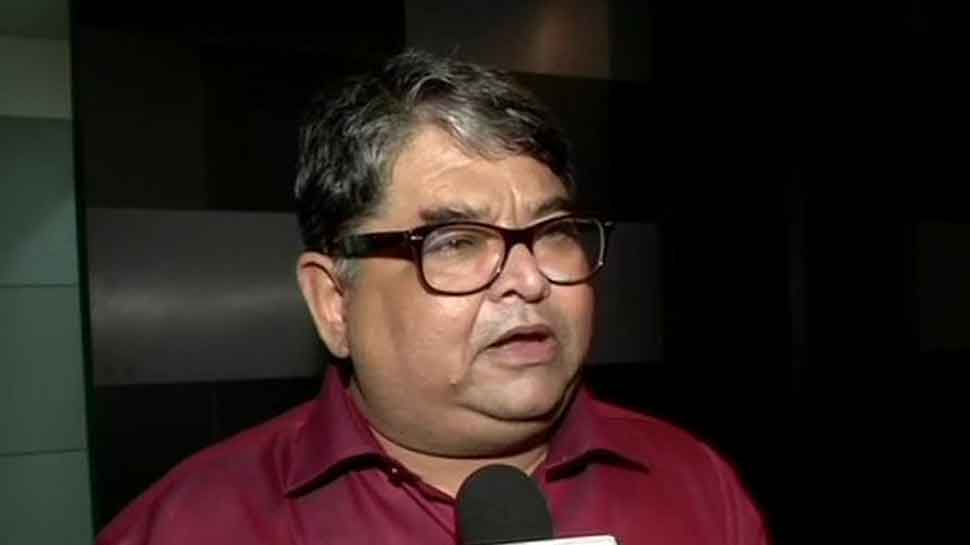 Controversy over Congress leader Rahul Gandhi's 'My name is not Savarkar' took another heated turn after Ranjit Savarkar, grandson of the Hindutva icon Veer Savarkar, on Sunday said that he will file a defamation case against the Gandhi scion.

He further said that he will also be meeting Maharashtra Chief Minister Uddhav Thackeray to discuss Rahul Gandhi's remark on Veer Savarkar during a rally.

Saying that Hindutva is the backbone of Shiv Sena's ideology, Rajit said that he would demand Thackeray to take a strict action against Gandhi.

"Shiv Sena must choose party ethics over politics, the party must end the alliance with Congress, Ranjit said.

"We should not insult our freedom fighters and leaders. Congress is insulting Savarkar to take on Shiv Sena. Shiv Sena should remove Congress ministers and run a minority government as BJP is not going to vote against them," he added.

Gandhi launched a scathing attack on the Narendra Modi-led BJP government at the Centre in its massive 'Bharat Bachao' rally on Saturday saying that he will never apologise for the speaking the truth. Saying that his name was Rahul Gandhi and not Rahul Savarkar, he slammed the government and said he was told to apologise in Parliament for something which was right. Lashing out at Prime Minister Narendra Modi, Rahul said that it is "Narendra Modi and his assistant Amit Shah who should apologise to the nation," while adding that no one from Congress will apologise.

In strong words, Ranjit had also lashed out at former prime minister Jawaharlal Nehru calling him a loyal to the British. He stated that Rahul Gandhi should be grateful to his grandmother and former prime minister Indira Gandhi for dropping her surname (Nehru) as a year before India gained independence, Nehru swore his loyalty to the then King of England, King George VI. "Jawaharlal Nehru was a British loyalist as in 1946 he accepted to work in the Vice Royal Council as a minister, in greed for power. He expressed loyalty to the then monarch of England, King George VI and took an oath to be loyal to the British. Savarkar could never even dream about it."

The grandson of Veer Savarkar also said, "Nehruji was so devoted to his oath of slavery that even after India became independent on August 15, 1947, he considered King George to be the Emperor of India till 1950 and took permission from him for all important decisions. Even when Rajaji was made Governor-General in April 1949, the permission of King George taken. Only such people can insult patriots like Savarkar!"

"It is noteworthy that the government refused to provide cannon for Savarkar's funeral, but when Nehruji's dear friend, Lady Mountbatten, died, the Indian Navy warship 'Trishul' was sent there. Is the country a private fief of this family? This Congress is no longer a pre-independence patriot Congress, it has become a slave dynasty party," added Savarkar.