Will meet in Ayodhya after Kumbh Mela for construction of Ram temple: Mahant Narendra Giri

Mahant Narendra Giri is the president of the Akhil Bharatiya Akhada Parishad. 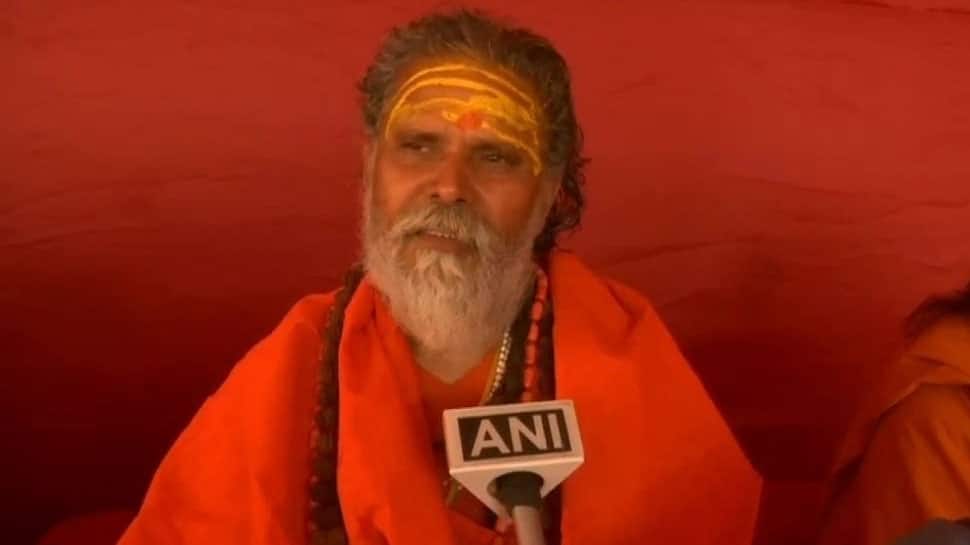 PRAYAGRAJ: President of Akhil Bharatiya Akhada Parishad (ABAP), Mahant Narendra Giri, has said that all saints and top seers of the country will meet in Ayodhya after the ongoing Kumbh Mela 2019 gets over for the construction of a grand Ram Temple in the holy city.

The top seer of the Akhada Parishad also expressed his disappointment over the delay in the construction of Ram Temple in Ayodhya and slammed the Narendra Mod-led BJP government at the Centre for wasting four precious years after coming to power in 2014.

''After the end of Kumbh Mela, we have decided that all saints will meet in Ayodhya and the construction of Ram Temple will start. BJP is not interested in constructing Ram Temple as they want to keep this issue alive for election,'' Narendra Giri, president of Akhil Bharatiya Akhada Parishad, told ANI.

Narendra Giri, President of Akhada Parishad: After the end of Kumbh Mela, we have decided that all saints will meet in Ayodhya & construction of Ram Temple will start. BJP is not interested in constructing Ram Temple as they want to keep this issue alive for election. pic.twitter.com/OGocgTYu1z

The remarks from Giri came days after a top Rashtriya Sewak Sangh (RSS) leader called for early construction of the Ram Temple in Ayodhya – the birthplace of Ram Lalla.

Doubting the intention of the BJP government, Giri alleged that the Centre did not seem to be interested in the construction of the temple.

He, however, slammed the Vishwa Hindu Parishad (VHP) and RSS leaders for their statements on the Ram Temple issue.

Mahant Narendra Giri also expressed doubts over the fact that VHP's proposed 'Dharma Sansad' to be organised at the Kumbh Mela on January 31 would be able to take a concrete and firm decision over Ram temple issue.

“Till now, there has been no invite for me for the VHP’s 'dharma sansad' which is an annual affair,” the seer said.

The ABAP chief had recently warned the authorities claiming that he along with one lakh Naga sadhus would walk to Ayodhya after Kumbh for the cause of temple as there was no definite
solution to the issue was there.

“The Naga Sadhus and seers will camp in Ayodhya for a month. It will then be followed by the commencement of temple construction,” the Mahant said.

The remarks from Giri comes at a time when VHP working president Alok Kumar had triggered a row by saying that his organisation would consider backing the Congress party in the Lok Sabha polls if it includes the construction of Ram temple in its manifesto.

Kumar, however, later retracted his statement.

Issuing a clarification on Sunday, Kumar said that his statement was over-stretched.

"This is nothing but an over-stretching of my statement," Kumar was quoted as saying by news agency IANS soon after a row erupted over his reported remarks.

"Neither are we considering to support the Congress nor will we do so in future," Kumar said.

The VHP leader also said that there was less possibility of government bringing legislation for building a grand Ram temple in Ayodhya during the present dispensation.

Issuing a warning to the ruling BJP, the VHP leader had asserted on Saturday that his outfit is open to backing the Congress in the upcoming polls if the grand old party promises to build Ram Mandir in Ayodhya in its election manifesto.

“The Congress has closed all its doors for us, but if they open their doors and include the Ram Mandir in their manifesto, we may think of supporting the party,”VHP’s working president Alok Kumar had reportedly told media during the ongoing Kumbh Mela in Prayagraj.

However, later clarifying on the issue, Kumar claimed that he was extending the offer to all the political parties fighting in 2019 and not specifically to the Congress.

VHP wants a "broad political consensus" on the Ram temple issue, he added.

A senior Rashtriya Swayamsewak Sangh (RSS) had recently taken a dig at the BJP-led Government by saying that a Ram Temple would be built in Ayodhya in 2025.

Notably, both VHP and RSS have been disappointed since Prime Minister Narendra Modi, in an interview to news agency ANI, made it clear that an ordinance to build a Ram Mandir would arise only after the Supreme Court, delivers its verdict.

“The ordinance on triple talaq was brought after the verdict of Supreme Court. We want the issue to be solved within the framework of the Constitution. The ordinance on Ram Mandir can arise only after legal process gets over and Supreme Court gives its verdict,” PM Modi had said.

Directed all institutes, including IITs, IIMs to implement general quota from next year: Prakash Javadekar