Will of the people: What Mayawati told Supreme Court on installing statues

Mayawati had ordered the construction and installation of a number of statues celebrating Bahujan Samaj Party icons during her term as chief minister of Uttar Pradesh between 2007 and 2011. 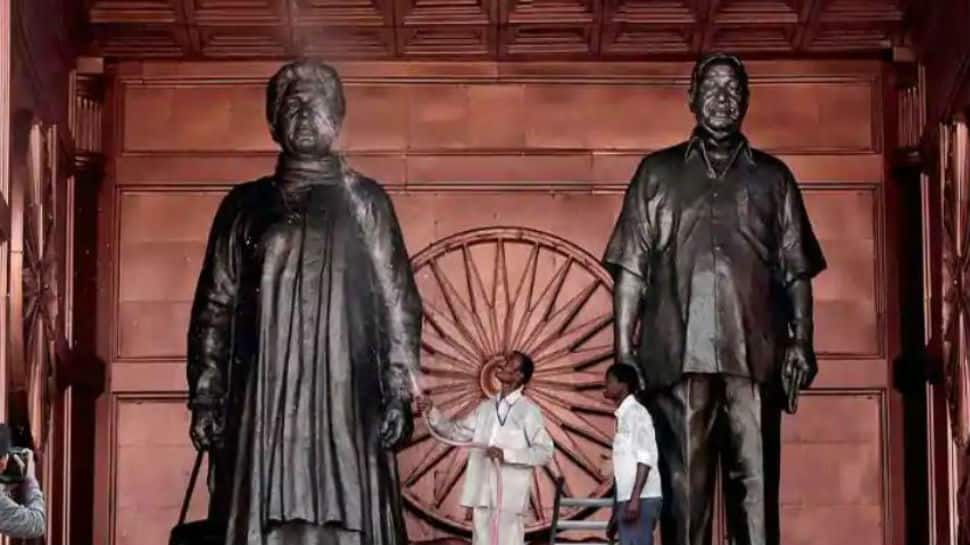 Mayawati on Saturday justified installation of statues in many parts of Uttar Pradesh and said that 'it was the will of the people.'

In an affidavit filed in the Supreme Court after the top court had come down hard on her, the former Uttar Pradesh chief minister said that the statues were installed because it was the will of the people.

The Supreme Court had previously said that prima facie, she would need to pay back as she had used public money for installation of statues depicting herself and those of elephants. Hearing a plea seeking direction to restrain her from spending public money on statues, the Supreme Court on February 8 had rapped Mayawati for the expenditure on the statues.

Mayawati had ordered the construction and installation of a number of statues celebrating Bahujan Samaj Party icons during her term as chief minister of Uttar Pradesh between 2007 and 2011. The then state government had spent an estimated Rs 2,600 crore on statues and parks in Lucknow, Noida and several other cities. A complaint from the vigilance department said that the state had suffered losses of close to Rs 111 crore in such constructions.

While Mayawati has maintained that the statues and parks have been constructed with the money received from well-wishers of BSP, many regard the expenditure as a gross and shallow exercise in political narcissism using public money.