Will push to get Jaish-e-Mohammed chief Masood Azhar designated as global terrorist by UN: France

Alexandre Ziegler told ANI that France, like India, has been affected badly by terrorism in the recent past. 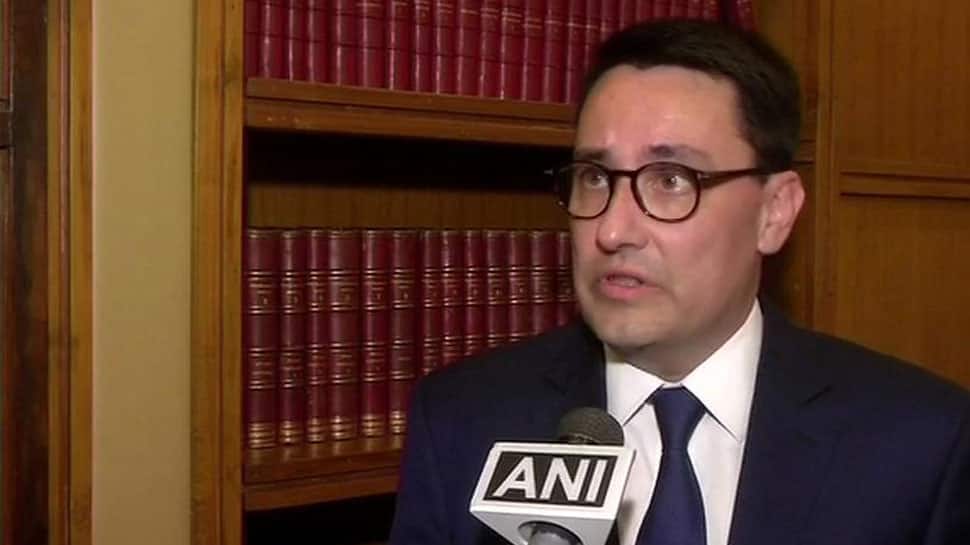 NEW DELHI: France will push to designate Jaish-e-Mohammed (JeM) chief Masood Azhar as a global terrorist with its newly-acquired presidency of the United Nations Security Council (UNSC) amidst mounting pressure on the Pakistan Prime Minister Imran Khan government to act against terror outfits breeding in his country.

Ambassador of France to India Alexandre Ziegler told ANI that France, like India, has been affected badly by terrorism in the recent past, adding that not designating Masood "just doesn`t make sense."

“Yes, we will push for the designation of Masood Azhar as a global terrorist at the United Nations. We have been actually pushing for that for the past two years because there is no meaning in a situation where the leader of a group that has been designated as a terrorist group should not be designated by United Nations.

It (not designating Masood as a global terrorist) just doesn’t make sense,” he said.

In 2017, France, supported by the United States and the United Kingdom, had moved a proposal at the UN Sanctions Committee 1267 to get Azhar declared as a "global terrorist", but it was reportedly blocked by China.

Earlier this week, sources had said Pakistan Foreign Minister Shah Mehmood Qureshi`s recent comments on Azhar confirmed that the Pakistan government is in touch with the Jaish chief, thereby strengthening India`s case to put him in the UN Sanctions list.

Meanwhile, Ziegler, while reacting on the pre-emptive airstrikes conducted by the Indian Air Force in Pakistan`s Balakot on February 26, said France recognises the legitimacy of India to assure its security against cross-border terror.

He also welcomed the release of IAF pilot Wing Commander Abhinandan Varthaman, who was captured by Pakistani troops when his MiG 21 was downed after he shot down an F-16 that transgressed into the Indian airspace on February 27.

"Of course we recognize the legitimacy of India to assure its security against cross border terror. We also welcome the release of Wing Commander Abhinandan. Easing tension was also a relief. It was a gesture of restrain and responsibility by both the governments," he said.

Ziegler also acknowledged that the UNSC should recognise the "new balance of power", in response to a question on France backing India`s prospects of becoming a permanent member of the UNSC.

“We are not living in 1945 anymore; we are living in a world where some countries have taken leadership and a new balance of power should be recognised by the security council,” he said.