Irani said this at Words Count festival in a discussion titled 'Scripting Her Story, From Star to Star Campaigner'. 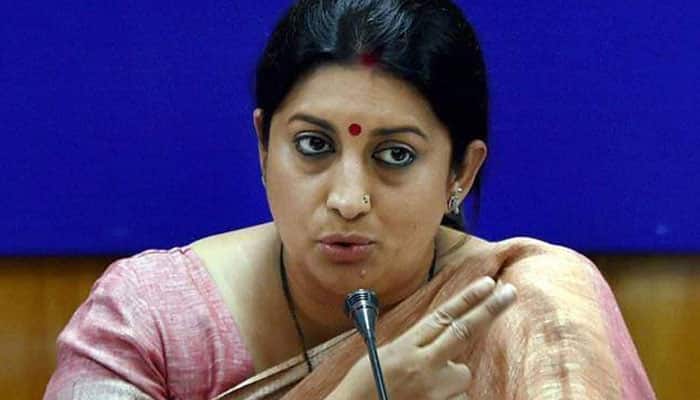 PUNE: Union minister Smriti Irani on Sunday said that she would leave politics the day Prime Minister Narendra Modi decides to hang his boots, though she asserted that he would be around for "long years".

The firebrand BJP leader made these remarks while speaking at the Words Count festival here in a discussion titled 'Scripting Her Story, From Star to Star Campaigner'.

A member of the audience asked her when would one see her as a "pradhan sevak" (prime servant), a title often used by Modi to describe his role as the head of the Union government.

"Never. I entered politics to work under charismatic leaders. I was very lucky to work under the leadership of late Atal Bihari Vajpayee and I am currently serving under Modi ji," Irani replied.

"The day 'pradhan sevak' Narendra Modi decides to hang his boots, I will also leave Indian politics," she said.

Union minister Smriti Irani: The day 'pradhan sevak' Narendra Modi decides that he will hang his boots, is the day I will leave Indian politics. (03.02.19) https://t.co/qYMSCUnEPS

"I decide for myself how much of my life I will give for my country, my society. In an independent country, if I cannot take a decision for myself, what is the use of that independence?" she said.

On whether she did not wish to serve under leaders other than Modi, the textile minister said, "Am I not currently working under leaders like Rajnath Singh ji, Nitin Gadkari ji? There are leaders with whom I have worked within the organisation for the last 18 years. I also had the opportunity to work under leaders like Vajpayee and L K Advani."

"You are presuming Modi won't be there for long, but let me tell you, he is going to be around for very, very long years," she told the audience.

The BJP leader was also asked whether she would contest the forthcoming Lok Sabha polls from Amethi against Congress chief Rahul Gandhi. She said the decision would be taken by her party and its chief Amit Shah.

Irani had lost to Gandhi in the 2014 general elections from Amethi. Speaking on the menace of trolling on social media platforms, the actor-turned-politician said she had been trolled by celebrated journalists and politicians and not just by anonymous netizens.

"I might be one of the few people who have been equally trolled by celebrated journalists and politicians and by anonymous trolls," she said.

"When they began their journey, it was comparatively tougher. They have made a difference in Indian politics without any additional support. I look up to them as my source of inspiration," she added.