WION hosts 'Unleashing the Power of South Asia' conclave, to give platform to countries to build regional co-operation

Through this conclave, 'WION - World is One' is bringing together thought leaders from around the world to find common ground to discuss issues and find a way forward for countries in the South Asian region.

WION is hosting 'Unleashing the Power of South Asia' conclave which will emerge as a platform for South Asian countries to build regional co-operation.

At the conclave, 'WION - World is One' is bringing together thought leaders from around the world to find common ground to discuss issues and find a way forward for countries in the South Asian region.

The conclave will be held on February 20 in Dubai. It will be inaugurated by guest of honour, His Excellency Sheikh  Nahayan Mabarak Al Nahayan, Cabinet Member and Minister of Tolerance, United Arab Emirates. 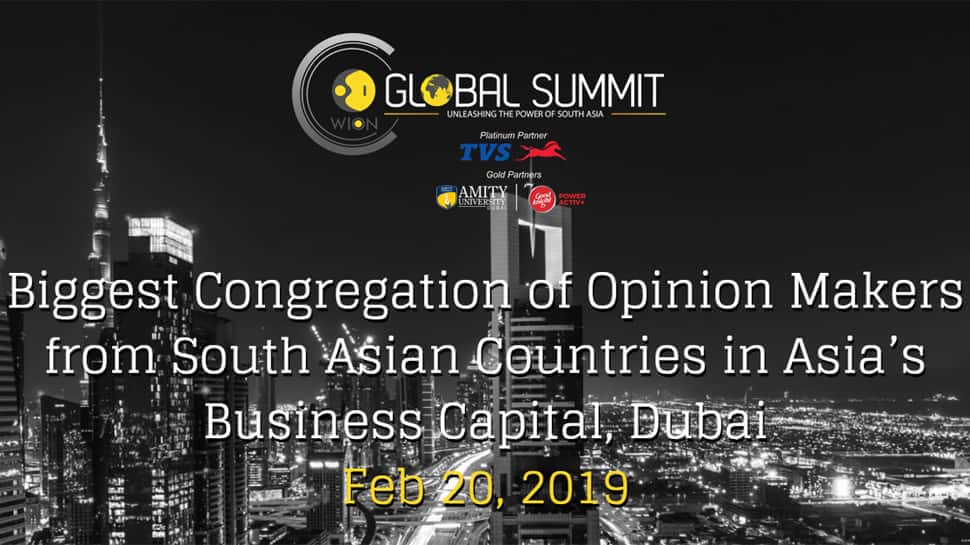 During the day-long conclave, leaders will dwell on subjects that matter to the emerging economies of South Asia. These include issues like 'Counter Terrorism - the Indian perspective in a multi-polar world', and 'Uprooting state-sponsored terrorism and how it is imperative for peace in South Asia'.

At the WION global summit, spiritual guru Sadhguru - one of the 50 most influential people in India - will talk about the need for economic co-operation among South Asian powers.

Soft power plays a key role in building alliances and strategic partnerships. And sports and entertainment play an important part in realising this. “Is the face of media and entertainment changing?” will be one of the discussions at the conclave by a panel moderated by television host and international journalist Riz Khan.

And is the ICC Cricket World Cup headed back to South Asia? Indian cricketer VVS Laxman will share his thoughts on the dominance of Indian cricket.

Tune into WION on Wednesday, February 20, as decision makers from South Asia explore sustainable solutions for promoting peace and property in the region.