The legislation seeks to weed out corruption, improve road safety and usher in use of technology to regulate traffic. 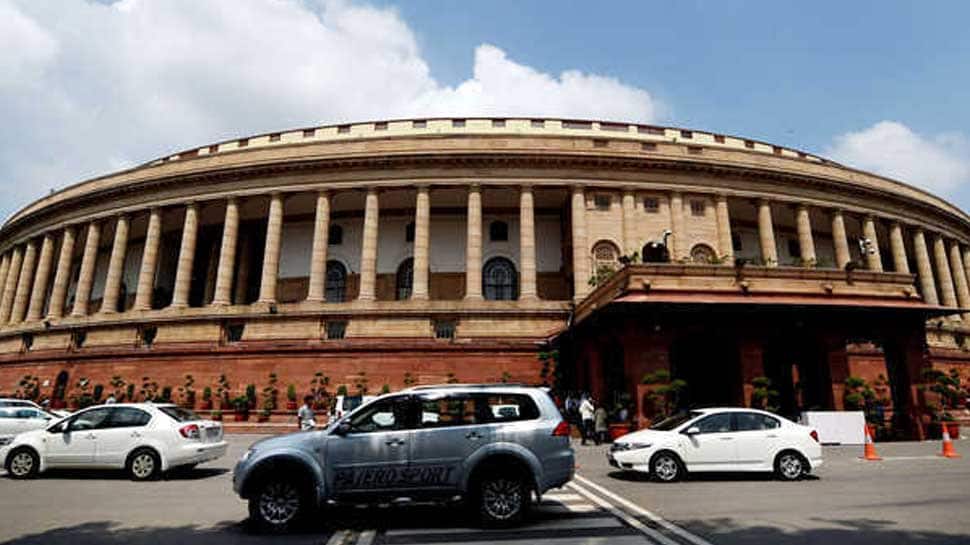 NEW DELHI: In a significant development, the Rajya Sabha on Wednesday cleared the Motor Vehicles (Amendment) Bill, 2019 that seeks to impose strict penalties on violation of traffic rules and address the dire state of road safety in the country. The bill was passed hours after it was introduced by Union Transport Minister Nitin Gadkari in the Upper House. The Bill was earlier passed by a voice vote in the Lok Sabha, rejecting several amendments moved by the Opposition.

In the Rajya Sabha, the bill was passed after a division sought by CPI-M`s E Kareem was negated. The government easily sailed through the vote with 108 members in its favour while 13 voted against it. Gadkari had earlier expressed confidence that the bill would be approved by the Upper House. The legislation seeks to weed out corruption, improve road safety and usher in use of technology to regulate traffic.

Speaking on the occasion Union Minister Nitin Gadkari thanked the members of the House and said that this was a matter of great happiness for him. He said the much-needed amendments will improve road safety, facilitate citizens in their dealings with transport departments, strengthen rural transport, public transport and last-mile connectivity through automation, computerization and online services.

The Union Transport Minister reiterated that the bill would, in no way, encroach upon the powers and authorities of the states. He said the bill would rather empower the states, adding that it provides an efficient, safe and corruption-free transport system in the country.

The Motor Vehicles (Amendment) Bill, 2019 is based on the recommendations of the Group of Transport Ministers (GoM) of States constituted by the Ministry of Road Transport & Highways to address the issue of road safety and to improve the facilitation of the citizens while dealing with transport departments.

On the basis of recommendations of the GoM and other pressing requirements, the Ministry of Road Transport & Highways introduced the Motor Vehicle (Amendment) Bill 2016.

The Select Committee presented its report to the Parliament on 22nd December 2017.

The Bill was pending in the Rajya Sabha and lapsed with the dissolution of the 16th Lok Sabha. The amendments in the Bill mainly focus on issues relating to improving road safety, citizens’ facilitation while dealing with the transport department, strengthening rural transport, last mile connectivity and public transport, automation and computerization and enabling online services.

Some of the important areas of the amendment are as follows:-

In the area of road safety, the Bill proposes to increase penalties to act as a deterrent against traffic violations. Stricter provisions are being proposed in respect of offences like juvenile driving, drunken driving, driving without a licence, dangerous driving, over-speeding, overloading etc. Stricter provisions for helmets have been introduced along with provisions for electronic detection of violations.  Penalty regarding motor vehicles is to be increased by 10 % every year.

Registration of Motor Vehicle to be cancelled

206
Power of Officers to impound documents

Twice the penalty under the relevant section

Bill mandates automated fitness testing for vehicles.  This would reduce corruption in the transport department while improving the road-worthiness of the vehicle.  The penalty has been provided for deliberate violation of safety/environmental regulations as well as bodybuilders and spare part suppliers. The process for testing and certification for automobiles is proposed to be regulated more effectively. The testing agencies issuing automobile approvals have been brought under the ambit of the Act and standards will be set for motor vehicle testing institutes. The Bill also provides for a compulsory recall of defective vehicles and power to examine irregularities of vehicle companies.

The Bill allows the central government to order for recall of motor vehicles if a defect in the vehicle may cause damage to the environment, or the driver, or other road users.  The manufacturer of the recalled vehicle will be required to: (i) reimburse the buyers for the full cost of the vehicle, or (ii) replace the defective vehicle with another vehicle with similar or better specifications.

The Bill provides for a National Road Safety Board, to be created by the central government through a notification. The Board will advise the central and state governments on all aspects of road safety and traffic management including standards of motor vehicles,  registration and licensing of vehicles,  standards for road safety, and promotion of new vehicle technology.

To help road accident victims, Good Samaritan guidelines have been incorporated in the Bill.  The Bill defines a Good Samaritan as a person who renders emergency medical or non-medical assistance to a victim at the scene of an accident and provides rules to prevent harassment of such a person.

The Bill provides for a scheme for cashless treatment of road accident victims during the golden hour.

The Bill has included the driver’s attendant in 3rd Party insurance. There will be no cap on liability of insurers. There will be a 10-time increase in insurance compensation, from Rs 50, 000 to Rs 5 lakh. The claim process has been simplified. Insurance firms have to pay claims within a month if the victim’s family agree to accept Rs 5 lakh compensation. The Bill also increases the minimum compensation for hit and run cases from Rs 25,000 to two lakh rupees in case of death, and from Rs 12,500 to Rs 50,000 in case of grievous injury.

Improving the delivery of services to the stakeholders using e-Governance is one of the major focuses of this Bill.  This includes provision for online driving licenses.

The Bill provides for online Learners Licence with mandatory online identity verification Driving test will be computerized to avoid fake D.L. The Bill will bring transparency in RTO offices. Commercial licenses will be valid up to five instead of three years. Application for renewal can be made one year prior to or after licence lapses. Driver Training Schools will be opened so that more efficient drivers may be available.

The driving training process has been strengthened enabling faster issuance of transport licenses. This will help in reducing the shortage of commercial drivers in the country. More and more drivers training schools and vehicle fitness centres will be opened To facilitate transport solutions for Divyang, the bottlenecks have been removed in respect of grant of driving licenses as well as alterations in the vehicles to make it fit for their use.

Reforms In The Transportation System

Development of an Integrated Transport System will be possible from the National Transportation Policy. This will also enhance the powers of the State Governments, provide better last-mile connectivity, rural transport etc.

The Bill defines aggregators as digital intermediaries or market places which can be used by passengers to connect with a driver for transportation purposes (taxi services).  The Bill provides guidelines for Aggregators. At present, there are no rules in many states for regulating aggregators, taxis etc.