In a stern message to those spreading terrorism and killing innocent youths, the prime minister said the country would give a befitting response to every terrorist. 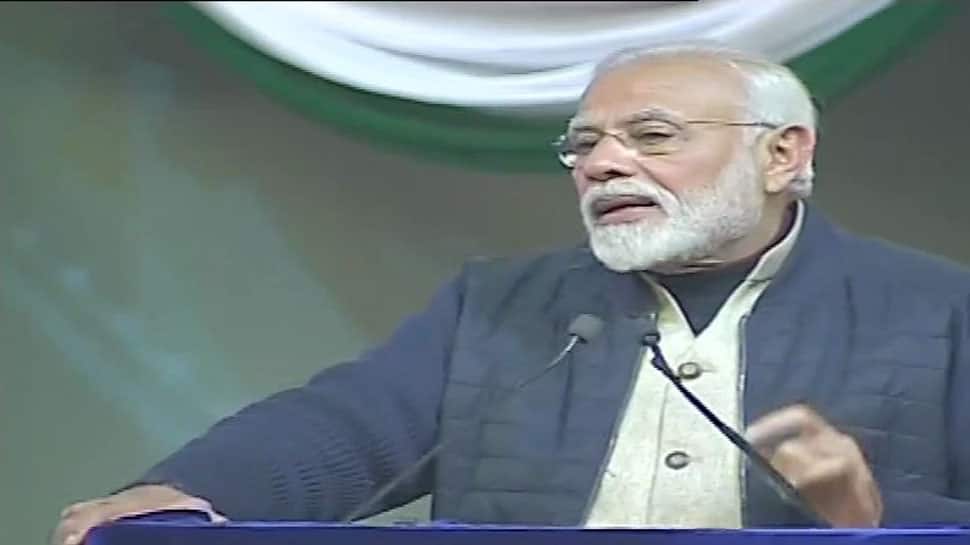 Prime Minister Narendra Modi said on Sunday said that India's surgical strike across the Line of Control (LoC) has shown the world its new policy (neeti) and tradition (reeti) in tackling terrorism.

In a stern message to those spreading terrorism and killing innocent youths, the prime minister said the country would give a befitting response to every terrorist.

"I assure all the youths of Jammu and Kashmir and the country that the government will give befitting response ('muhtod jawab') to every terrorist. We will break the backbone of terror in the state," he said addressing a function in Srinagar.

Paying homage to those killed while fighting terrorists, including Nazir Ahmed Wani and Aurangzeb from Jammu and Kashmir, Modi said heroes are those who live to fulfill dreams and the biggest cowards are the ones who kill others' dreams.

"Today the whole country is angry to see the killings of innocent and armless Kashmiri youths. (These Kashmiri boys are targeted) because these youths want to live and fulfill their dreams. But they are targeted by terrorism. This is the truth of terrorism here," he said, adding the Indian government will fight terrorism with all its might.

The prime minister said the development of people of Jammu and Kashmir and that of the state is the priority of the central government.

PM Modi assured all that his government will follow the late Prime Minister Atal Bihari Vajpayee's dream of peaceful and prosperous Kashmir with the motto of "sabka saath, sabka vikaas" (collective efforts, inclusive growth). "We will keep making all the efforts (in realising this dream)," the prime minister said.

This will enhance employment opportunities for the Kashmiri youths, he said.

Earlier in the day, PM Modi interacted with students from different states of the country.

Responding to a question, he said the government was trying to make Indian institutes of a global level so that lakhs and crores of rupees going out of the country to the foreign institutions are stopped.