Witnessing sophisticated use of cyberspace by terrorists: FS Harsh Shringla

Speaking at the United Nations Security Council debate, Harsh Shringla said, "We are witnessing a sophisticated use of cyberspace by terrorists around the world to broaden their appeal, spread virulent propaganda, incite hatred and violence, recruit youth and raise funds." 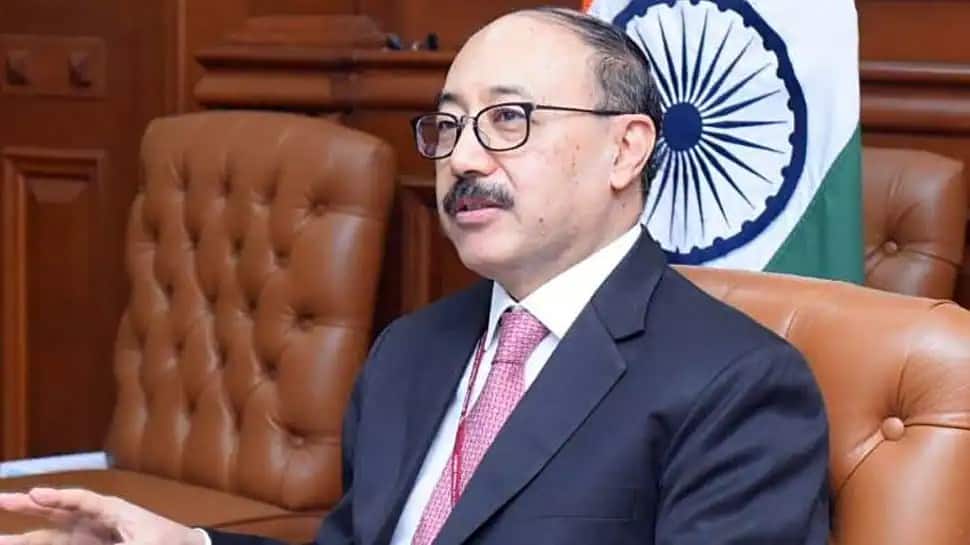 New Delhi: India's foreign secretary Harsh Shringla on Tuesday (June 29) highlighted the use of cyberspace by terrorists even as they raise funds, incite violence via technology.

Speaking at the United Nations Security Council debate, Harsh Shringla said, "We are witnessing a sophisticated use of cyberspace by terrorists around the world to broaden their appeal, spread virulent propaganda, incite hatred and violence, recruit youth and raise funds."

He pointed out that "terrorists have also used social media for planning and executing their terror attacks and wreaking havoc", adding, "as a victim of terrorism, India has always underlined the need for Member States to address and tackle the implications of terrorist exploitation of the cyber domain more strategically."

India has in the past as well at various forums raised the issue. The use of "cyber tools" by various entities including states was raised by the foreign secretary.

Without naming any country, FS Shringla said, "Some states are leveraging their expertise in cyberspace to achieve their political and security-related objectives and indulging in contemporary forms of cross-border terrorism."

He explained, "The world is already witnessing the use of cyber tools to compromise state security through, inter alia, attacking critical national infrastructure, including health and energy facilities, even disrupting social harmony through radicalization"

During his address, he also listed the use of "transformative technology initiatives" like Aadhar and UPI by India to implement the Sustainable Development Goals (SDGs).

Mentioning the use of Co-WIN app, he said, "As part of its COVID vaccination drive, one of the largest such drives in the world, India has developed Co-WIN – a scalable, inclusive and open technological platform" and this "can be customized and scaled up for health interventions across the globe."

India is working on sharing the platform with partner countries.

According to the chief of India's National Health Authority Dr RS Sharma, over 50 countries from across Central Asia, Latin America and Africa are interested in the technology.