Lekhi said a narrative was coming from the people, who "neither understand Hinduism nor do they know the practices of rituals". 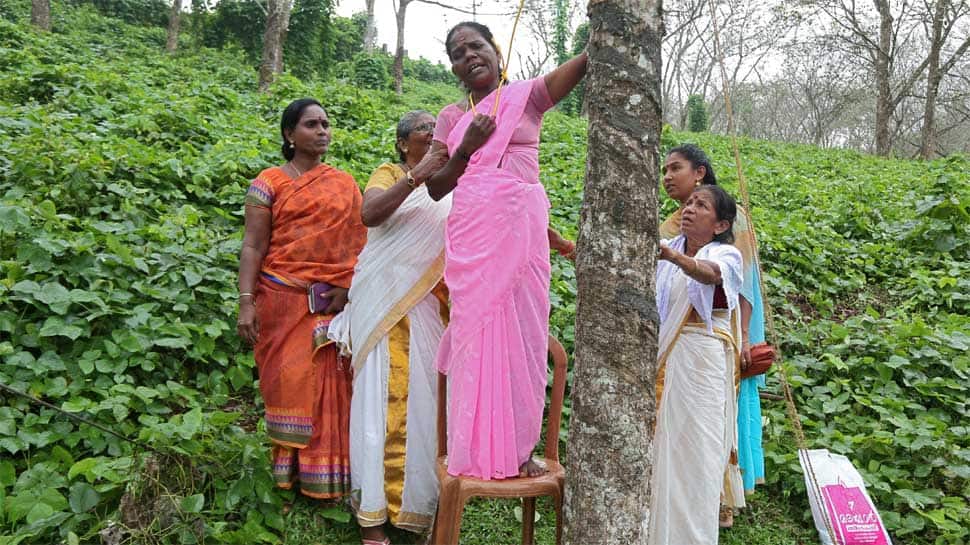 New Delhi: BJP MP Meenakshi Lekhi on Friday alleged that women disguised as transgenders entered the Sabarimala temple and said people in the name of women rights were actually transgressing.

Participating in the debate on the issue during Zero Hour, Lekhi said a narrative was coming from the people, who "neither understand Hinduism nor do they know the practices of rituals".

From Kamakhya to Chengallur, the goddesses are worshipped as "rajaswala" in the menstruating form, she said. "This is what Hinduism is. So, we have a space for everything and one such ritual in a small temple like Sabarimala has its own ritualistic practices."

Referring to the entry of women in the Sabarimala temple on Wednesday, Lekhi attacked the Left government in Kerala, saying, "(The) government, which is refusing to maintain law and order in that state, is acting in a manner where it transports two women in an ambulance and surreptitiously takes them as a transgender."

The BJP leader alleged that a certain kind of narrative was being set in the country where men are made to feel small and anti-feminist about the issue. "One person has died because of stone-pelting. The state government is squarely responsible for their deaths. Guruswamy, one among four of those worshippers, had committed suicide. You are actually doing things to provoke (the) community. You are leading to a particular anarchical form," she added.

Echoing similar sentiments, Congress MP KK Venugopal said, "In entire Kerala, the minds of people -- the devotees of Sabarimala -- have become very much upset (with the incident)."
CPI parliamentarian P Karunakaran said according to the Constitution, each and every citizen have the right to go to the temple or to any other place.

"The Supreme Court has given that verdict and we are upholding that. Not only we, Uma Bharti, Subramanian Swamy, Maneka Gandhi and many other BJP persons and Congress persons have upheld this verdict," he said, while referring to the apex court's order to struck down a rule that disallowed girls and women in the 10-50 age group from entering the Sabarimala temple.