Ministry of Defence on Tuesday said that it has taken steps to ensure implementation of the announcement made by Prime Minister Narendra Modi on August 15, 2018 regarding grant of Permanent Commission to Women officers in the Armed Forces. 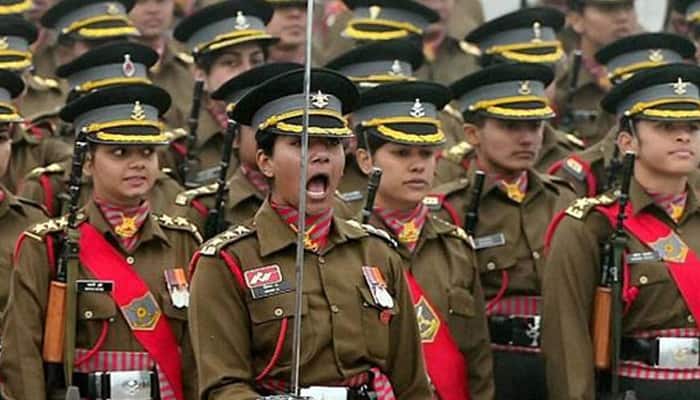 Ministry of Defence on Tuesday said that it has taken steps to ensure implementation of the announcement made by Prime Minister Narendra Modi on August 15, 2018 regarding grant of Permanent Commission to Women officers in the Armed Forces.

In so far the Indian Air Force is concerned, all Branches, including Fighter Pilots are now open for women officers, read the Defence Ministry press release. "In Indian Navy all non sea going Branches/Cadre/Specialisation have been opened for induction of women officers through Short Service Commission.

In addition to education, Law & Naval Constructor branch/cadre, women SSC officers have been made eligible for grant of Permanent Commission in the Naval Armament branch, at par with the male officers," added the Ministry's statement.

According to Defence Ministry press release, the proposal for induction of three new training ships for the Indian Navy has already started and it will help in providing the infrastructure needed for training of both men and women officers. The induction of women in all branches of Indian Navy will start once the training ships are in place.

"Women officers will be granted Permanent Commission in the Indian Army in all the ten branches where women are inducted for Short Service Commission. So, besides the existing two streams of Judge Advocate General (JAG) and Army Education Corps, now PC will be granted in Signals, Engineers, Army Aviation, Army Air Defence, Electronics and Mechanical Engineers, Army Service Corps, Army Ordinance Corps and Intelligence also to women officers. SSC women officers will give their option for PC before completion of four years of Commissioned Service and they will exercise option for grant of PC and their choice of specialisation," said the Defence Ministry press release.

The Defence Ministry also said that SSC Women officers will be considered for grant of PC based on suitability, merit etc and will be employed in various staff appointment.