The year's theme revolves around 'Readers with Special Needs'. 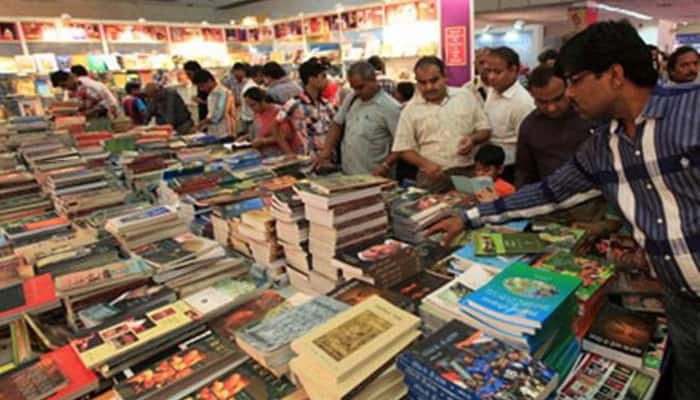 New Delhi: The New Delhi World Book Fair, in its 27th edition, will focus on 'Readers with Special Needs', to promote the idea of inclusive learning through a series of exhibitions of audio, silent, tactile and Braille books. Organised by National Book Trust, in association with ITPO, the annual fair will be open at Pragati Maidan here on January 5. It will be inaugurated by Union Minister Prakash Javadekar.

The theme pavilion this year will exhibit over 500 books including integrated print-braille books, books for differently-abled, children with sight or ear impairment, autistic children, readers with ADHD (Attention-Deficit/Hyperactivity Disorder) among others. "This year the World Book Fair will focus on the reading needs of differently-abled people. They are usually looked at with pity, but we want people to realise they deserve as much respect as anyone else.

We want them to be known for their contribution in making India a great country," Baldeo Bhai Sharma, Chairman, NBT, said.  During the fair, discussions and conversations with authors, Paralympians and artists will also be organised. Arjuna awardee Rajinder Singh, folk singer Bant Singh Jhabbar, Olympian Manpreet Kaur, and playwright Atul Satya Kaushik will be among the eminent people participating in the book fair.

"Special arrangements including wheelchairs, go-carts, and sign interpreters will be made available for visitors with special needs and entry tickets will be free of cost for them," Sharma said. The annual book fair has invited Sharjah as its guest country this year. The Sharjah pavilion will showcase the "rich and dynamic culture and literature of UAE". Khoula Al Mujaini, director of fairs and festivals at Sharjah Book Authority, said that "despite regular cultural exchange between the two nations, there is still so much more to be experienced, learnt and shared".

"The cultural scene in Sharjah and the UAE are evolving at a great pace, the fruits of some of which will be showcased by 10 Emirati authors, and many more literary experts over a course of 15 intellectual discussions about our growing efforts in integrating global publishing experiences," she said. Hindi translation of books in 57 Arabic languages will introduce "Indian readers to the Emirate's rich literary heritage", she added.

The fair will also witness Arabic poetry sessions, in addition to debates on cinema. "By doing so, we hope to bring people in this country a better understanding of our writing styles, literary roots and our culture," Al Mujaini said. Hindi and English editions of "Bibi Fatima and Her Sons", authored by Sultan bin Muhammad Al-Qasimi, the ruler of Sharjah, will also be released at the inaugural event.

To mark the 150th birth anniversary of Mahatma Gandhi, an exhibition of books on and by Gandhi and his associates will also be put up at the book fair. Sharma informed that more than 600 publishers from across the country will display books at more than 1350 stalls.  Over 20 countries including Abu Dhabi, Canada, Pakistan, China, Sri Lanka, and the USA will also participate in the foreign pavilion.
The book fair will come to a close on January 13.

Kerala on edge as people take to streets over women's entry into Sabarimala, university exams postponed