World Wildlife Day 2019: India to get world's first and only King Cobra Sanctuary

One venomous bite of King Cobra is enough to kill seven persons. 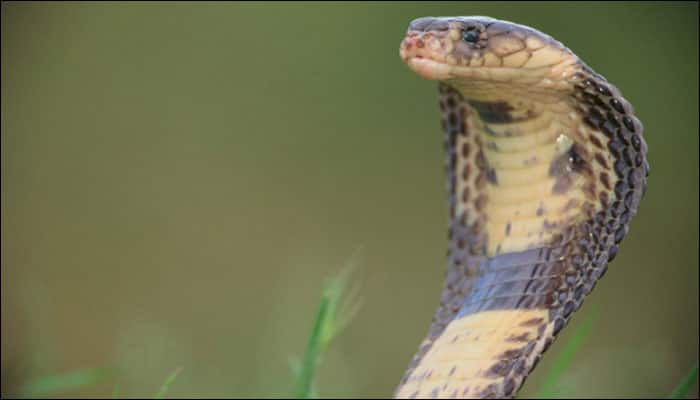 Today is World Widlife Day and this year the day is set to become historic for Indians as India is likely to become the first country in the world to have a King Cobra sanctuary. King Cobra is mainly found in India, mostly in Agume rainforest of Western Ghats. The region records the second highest rainfall in the country.

An American by birth and an Indian by heart, 75-year-old Romulus Earl Whitaker, built Agumbe Rainforest Research Station in 2005. Romulus is a well-known herpetologist and wildlife conservationist. Romulus saw his first King Cobra in 1971. He noted the respect shown by natives towards King Cobra.

Talking to Zee News, Anup Prakash, former Field Director at ARRS said,  "The amount of attention King Cobra's receive at this place compared to probably anywhere else in the world is very high. So it would not be wrong to say that it functions almost like a sanctuary."

ARRS receives calls from locals for rescue operations too.

Will India's Agumbe finally be crowned as a King Cobra sanctuary? Let's wait and watch.