Through a tweet, the Rajya Sabha MP urged the countrymen to embrace yoga for a healthy living. 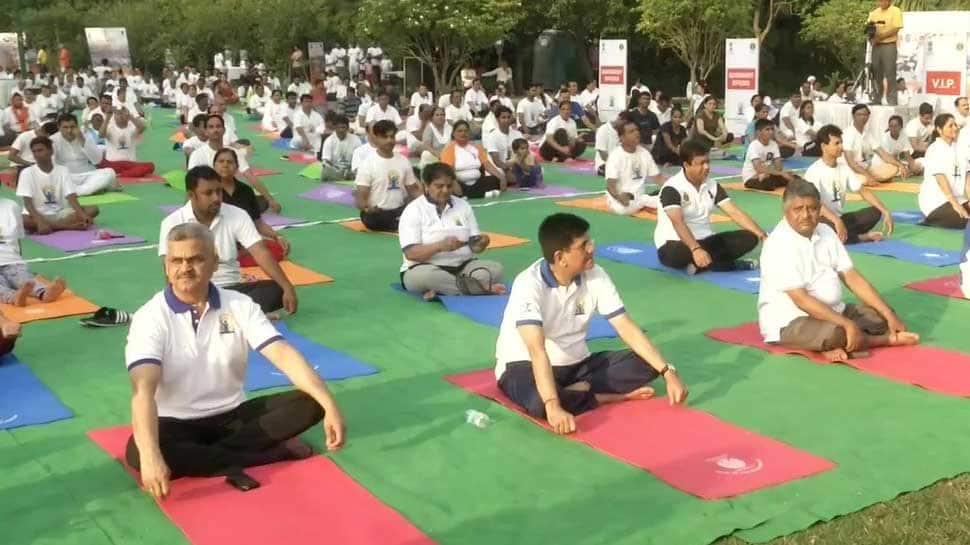 NEW DELHI: On the occasion of fifth International Day of Yoga (IDY) on Friday, Rajya Sabha Member of Parliament Subhash Chandra has said that practising yoga is essential for mental and physical balance and general good health.

Through a tweet, the Rajya Sabha MP urged the countrymen to embrace yoga for a healthy living.

''Yoga is essential for a healthy balance between the mind, body and the soul in the modern-day lifestyle. We all practice yoga in some form daily – 'gyan' yoga, 'karma' yoga, 'bhakti' yoga. Today is the day for physical yoga. Yoga is India's gift to the world. It is an unparalleled gift from the Vedic Culture. Become a yogi and stay away from diseases,'' Dr Subhash Chandra tweeted.

The encouraging tweet from Subhash Chandra comes on a day when the fifth International Day of Yoga (IDA) is being celebrated across the world with great enthusiasm.
In India, Prime Minister Narendra Modi led the International Yoga Day celebrations from Jharkhand's Ranchi and said that the ''motto of Yoga is to promote peace, prosperity and harmony.''

"Yoga has always been associated with peace and harmony. I thank people for adopting Yoga. I urge people to embrace it," PM Modi said while addressing a gathering of over 30,000 people who assembled at the Prabhat Tara Ground here to participate in the fifth World Yoga Day celebrations.

PM Modi also spoke in English for a few minutes to reach out to the global audience.

Stating that "Yoga is beyond caste, religion, region and any boundaries", the Prime Minister added, "there is a solution to alcoholism and diabetes in Yoga".

He stressed the need for research in Yoga so that the world could be updated about its benefits. He also expressed concern about the rising heart-related problems among the youth in the country.

"This year, Yoga`s theme is Heart Care. There has been a manifold increase in the heart-related problems in the country, particularly among the young generation. Yoga should be adopted as a preventive measure," PM Modi said.

Besides PM, top government functionaries, including Home Minister Amit Shah and senior BJP leaders are attending the International Yoga Day events across the country on Friday.

Ship with 243 people onboard from Kerala missing since January, MEA alerts countries in Pacific region