Akansha also withdrew all cases of domestic violence which she had filed against Yuvraj's family members, including his mother Shabnam, and posted her apology on Instagram. 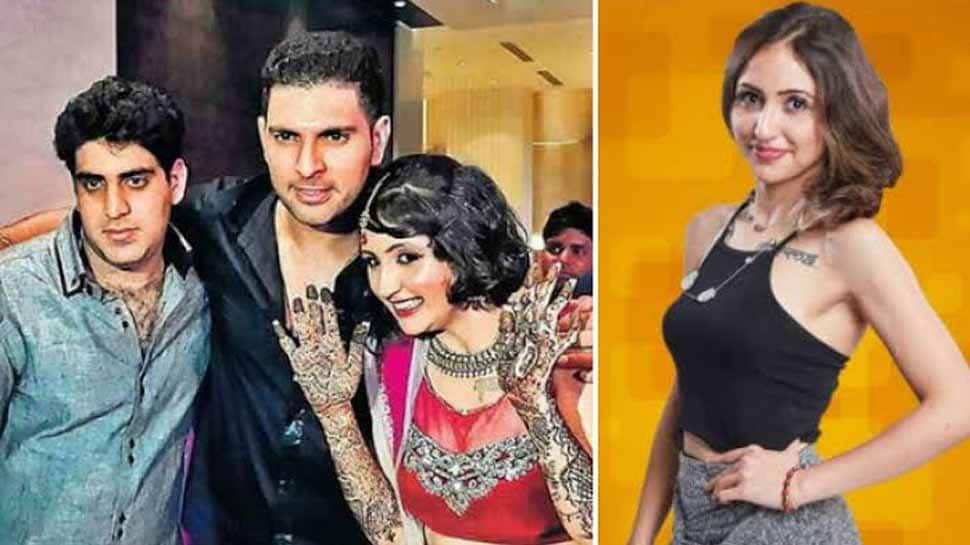 Former Indian cricketer Yuvraj Singh's sister-in-law Akanksha Sharma on Wednesday apologised to her former husband and Yuvraj's brother Jorawar and finalised the divorce proceedings after receiving Rs 48 lakh as alimony from Jorawar. Akansha also withdrew all cases of domestic violence which she had filed against Yuvraj's family members, including his mother Shabnam, and posted her apology on Instagram. It is to be noted that the cases of domestic violence were filed by Akanksha at district courts in Gurugram and Chandigarh in 2017.

Talking to Zee Media, Yuvraj's lawyer Damanveer Sobti said that Yuvraj's brother Jorawar has given Rs 48 lakh as alimony and an appeal was filed by Akanksha at the court expressing her willingness to take back the cases of domestic violence filed by her against Yuvraj and his family members. As per the agreement reached between the two sides, Akanksha has agreed to apologise to her former husband, Jorawar, his brother Yuvraj and mother-in-law Shabnam.

In 2017, Akanksha had accused Yuvraj, Shabnam and Jorawar of domestic violence and Shabnam had responded to Akanksha's claim by filing a defamation case against her. The charge against Akanksha was framed in this case on May 8, 2019.

Akanksha got married to Zorawar in 2014 and she grabbed headlines in after appearing in Season 10 popular reality show Bigg Boss. During her stay on the show, Akanksha said a lot of negative things about Yuvraj and his family members. Akanksha created a lot of controversy after her elimination of the show by saying in an interview that Yuvraj is addicted to drugs. She had also claimed that even Zorawar was addicted to drugs. Yuvraj's mother had strongly refuted Akanksha's allegations and had said that she had made these statements only to tarnish the image of former Indian cricketer.