Hamid Lelhari, 30, is one of the three terrorists killed by the security forces in an encounter in Awantipora on Tuesday evening. 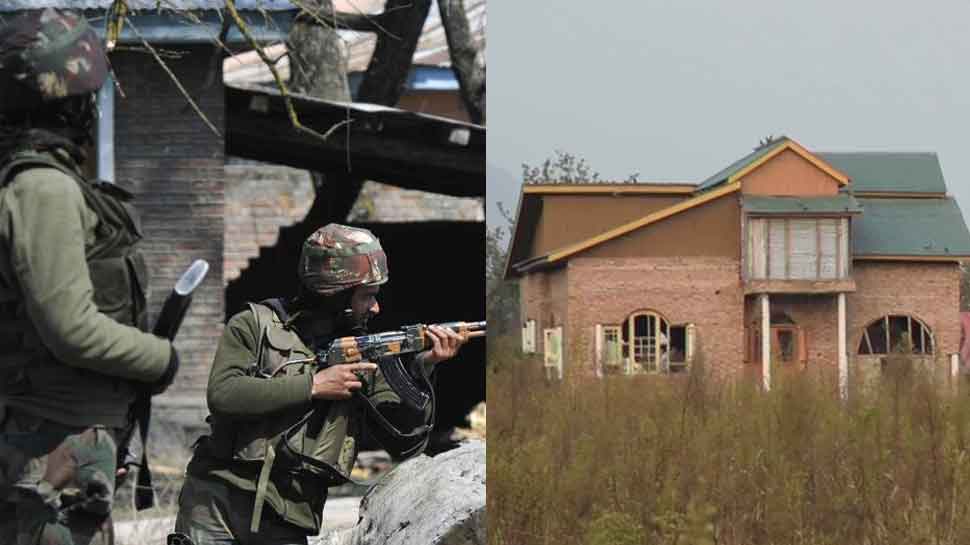 Hameed Lelhari, 30, was a native of Pulwama.

The development assumes significance as al Qaeda affiliated Ansar Ghazwat-ul-Hind (AGH) had named Lelhari as its new commander after Zakir Musa's death in May 2019.

Jammu Kashmir Police on Wednesday announced that the three terrorists neutralised in the encounter with the security forces in Awantipora have been identified.

The three terrorists have been identified as - Naveed Tak, Hamid Lone aka Hamid Lelhari and Junaid Bhat -it said.

Sharing more details, J&K DGP Dilbag Singh said, ''In Tral, 3 local terrorists associated with Ansar Ghazwat-ul-Hind were killed yesterday. Before that, in an operation in Anantnag, 3 other terrorists were neutralized.'

One of those killed in Avantipora was the commander of al Qaeda's local unit Hameed Lelhari. He and others were involved in recruiting local Kashmiri youths for jihad in Kashmir for some time and were behind several terror-related incidents.''

He added that a huge cache of arms and ammunition have been recovered from the site.

The J&K DGP also made an appeal to the local Kashmiri youths to not get distracted by the terrorist groups operating in the Valley and urged to help the local administration and the police in maintaining peace in the region.

''We will be successful in our efforts to curb terrorism only when the local youth of Kashmir do not take the path of militancy and choose the path of peace,'' Singh said.

J&K DGP Dilbag Singh in Srinagar: We will be successful in our efforts to curb terrorism only when the local youth of Kashmir do not take the path of militancy and choose the path of peace. https://t.co/lWvhkLweiz

Zakir Musa was al-Qaeda's head in Kashmir since July 27, 2017. He was earlier heading Hizbul Mujahideen, after the killing of Burhan Wani in 2016.

Musa was declared a proclaimed offender by a special court of the National Investigation Agency in Punjab's Mohali earlier this month in connection with serial blasts in Jalandhar in September last year.

Security forces, however, killed AGH chief Zakir Musa in an encounter in a village in South Kashmir's Tral on May 23.

Police had termed Zakir Musa's killing as a major success for security forces as he was wanted in a series of terror crimes over the past six years.

The encounter in Awantipora began in the outskirts of Awantipore on Tuesday evening as the security forces launched a cordon and search operation following inputs about the presence of terrorists.