The IRF "allegedly received funds in the form of donations and zakat (a form of almsgiving in Islam) from domestic as well as overseas donors from countries like the United Arab Emirates, Saudi Arabia, Bahrain, Kuwait, Oman and Malaysia among others", the ED said. 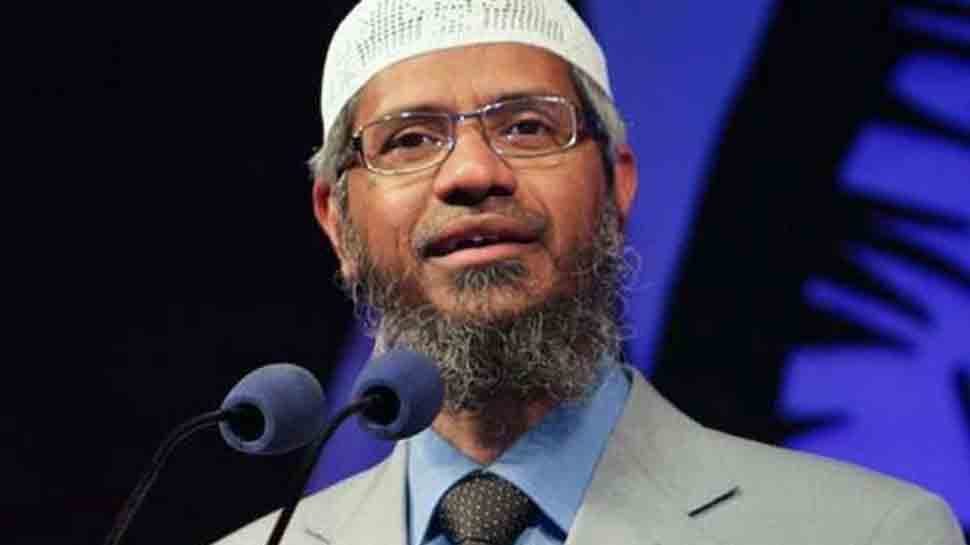 New Delhi: Controversial Islamic preacher Zakir Naik received crores of funds in his and his trusts' bank accounts from unidentified "well-wishers" over the years for his speeches that spread "hatred and incited Muslim youths" to take up terrorism, an ED probe has found. The Islamic Research Foundation (IRF), Mumbai-based charity trust promoted and controlled by Naik, "allegedly received funds in the form of donations and zakat (a form of almsgiving in Islam) from domestic as well as overseas donors from countries like the United Arab Emirates, Saudi Arabia, Bahrain, Kuwait, Oman and Malaysia among others," the Enforcement Directorate (ED) said.

According to the ED probe report accessed by the PTI, the IRF maintained various bank accounts in which funds from the donors were being deposited and they were controlled by Zakir Abdul Karim Naik, the 53-year-old Islamic evangelist's full name. "These bank accounts are held with Citi Bank, DCB Bank Ltd and Union Bank of India. Most of the amounts received by IRF are in the form of donations or zakat from domestic as well as overseas donors. The funds are received through banking channels," it said. Naik is absconding from the probe and at present is stated to be in Malaysia.

As per the ED report, the "donors remain unidentified as their names in the receipts are mentioned as 'well-wishers'. As the donations are made by cash, only the names of the donors are mentioned on the receipts without disclosing their contact details, which raises suspicion of being bogus or sham entries". The agency said its probe found that the total quantum of funds received in the bank accounts of IRF, from 2003-04 to 2016-17, is to the tune of Rs 64.86 crore.

"Out of these funds, a majority of the funds were utilised for organising 'peace conferences', purchase of capital equipment, payment of salaries and other miscellaneous expenses. An annual event 'Peace Conference' was held by the IRF under the leadership of Naik," the Enforcement Directorate said. "It is during these peace conferences that provocative speeches were made and religious conversion to Islam was also propagated," the ED charged.

The agency said the "source of funds" received from anonymous donors remains under suspicion. It added Naik was a "prolific speaker and was delivering speeches from the public platform and arousing communal feelings and disaffection towards the country." The ED alleged Naik was "instrumental in inciting the fringe elements in the society, and the donations from the unknown sources were in response to these hate speeches made by him."

Prima facie, the funds received in IRF accounts are proceeds of crime emanating from activity related to the unlawful money laundering, the agency said. The ED claimed in the report that more such funds, to the tune of Rs 49.20 crore, were received by Naik from the UAE between 2012 and 2016 in two of his personal accounts maintained with a bank in Mazgaon branch of Mumbai.

"Source of his (Naik's) income in UAE is not known. He has been travelling around the world for his 'preaching activities' and spreading disharmony amongst other religions of the society and inciting Muslim youth to take up terror activities. "The amount of Rs 49.20 crore appears to be dubiously received by him for spreading hatred against other beliefs in the society. Therefore, the said amounts are nothing but proceeds of crime emanating from criminal activity related to the provisions of the anti-money laundering law," it said.

The agency, which recently had filed a charge sheet in a Mumbai court under the PMLA against the specific role of Naik, said the Islamic preacher "transferred" this alleged ill-gotten wealth into purchasing dubious real estate assets in the country. "The amount of Rs 49.20 crore does not represent his earnings through regular employment but dubiously received by him for spreading hatred against other beliefs in the society. Therefore, amounts received in form of donations and zakat in IRF or amounts received by Naik in personal accounts in India from UAE are nothing but proceeds of crime in terms of section 2(1) of the PMLA, " the agency said.

These proceeds of crime were "either routed, transferred or utilised" for the purpose of purchasing properties by layering in different accounts of Naik's relatives, the agency claimed. It said Naik was controlling and instrumental in taking all the decisions pertaining to the affairs of IRF, a 1990 registered charity trust, as well as his media company named, Ms Harmony Media Pvt Ltd.

The ED, in its charge sheet against Naik, had said a total amount of Rs 193.06 crore has been identified as proceeds of crime in the case. In the past, the agency has attached Naik's properties, investments made in mutual funds, Islamic International School in Chennai, 10 flats, three godowns, two buildings and land in Pune and Mumbai, and 10 bank accounts. It said Naik also "made investments in Dubai where he is developing high-end bungalows."

He was booked by the ED in 2016 based on a National Investigation Agency (NIA) FIR that was registered under the Unlawful Activities Prevention Act (UAPA). The NIA in the past has said Naik "deliberately and maliciously insulted the religious beliefs of Hindus, Christians and non-Wahabi Muslims, particularly Shias, Sufis and the Barelwis, with the intention of outraging their religious feelings." It had said Naik's organisation, IRF, and Ms Harmony Media "have been instrumental in the maximum circulation of such incriminating speeches."

DGCA postpones the date of commencement of international flights