The five-day festival is being held at the historic Diggi Palace in Jaipur. 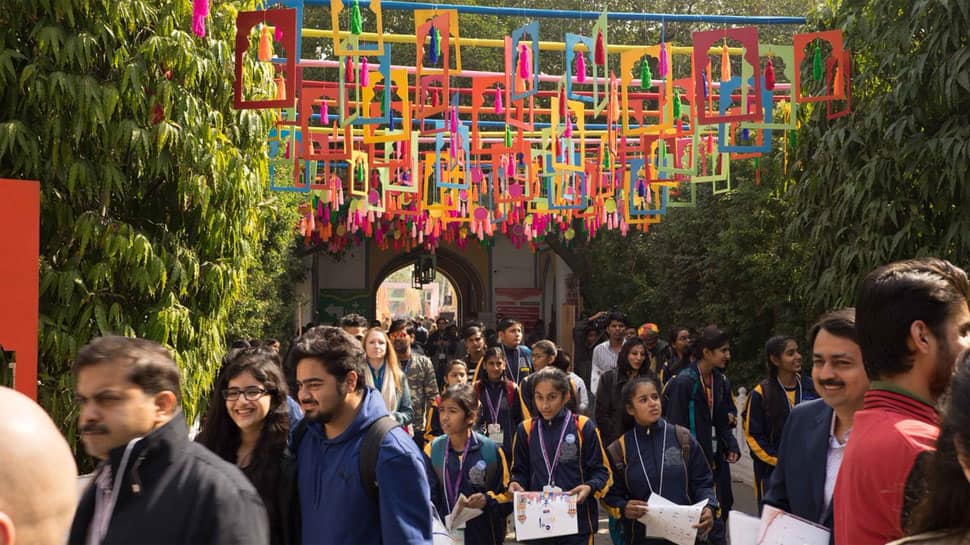 JAIPUR: ZEE Jaipur Literature Festival, hailed as the “greatest literary show on Earth”, began in the Pink City on Thursday.

The five-day festival, attended by tens of thousands of visitors, is being held at the historic Diggi Palace.

The Jaipur Literature Festival 2019 kicks off today with 5 sessions sponsored by AKF! Details of those sessions to follow shortly... #AKFatJLF #ZEEJLF @ZEEJLF  pic.twitter.com/CQpgvHTAiu

"Our world is changing so fast... This year we have sessions on artificial intelligence, genetics and what the future holds for our planet. There is a new term now -- cli-fi. We have a beautiful session on cli-fi (climate fiction) on what would happen if bees disappear.

"I feel at this moment in our country it is very very important to give impetus to empirical thinking," said Gokhale.

Speaking at the inaugurating event, Norwegian author and screenwriter Maja Lunde said as they speak about her novel ‘The History of Bees’, examining what a world without bees would look like, in a future where the relationship between nature and humanity has broken down.

Maja Lunde in conservation with Pradip Krishen at #ZEEJLF2019 as they speak about her novel ‘The History of Bees’, examining what a world without bees would look like, in a future where the relationship between nature and humanity has broken down. Presented by @DainikBhaskar pic.twitter.com/LgelM1Scql

Nobel Laureate Venki Ramakrishnan will speak on the 'Importance of Science', cosmologist Priyamvada Natarajan and professor of AI Toby Walsh will educate the audience on topics like 'Mapping The Heavens' and 'How the Future is Now'. Respectively.

Among the speakers to watch out for this year are two Pulitzer prize-winning authors, Andrew Sean Greer and Colson Whitehead, writer Andre Aciman of "Call Me By Your Name" fame, and feminist icons Mary Beard and Germaine Greer. Ben Okri, writer of Man-Booker-winning "The Famished Road", English historian Bettany Hughes, British-Nigerian historian David Olusoga and bestselling novelist Jeffrey Archer will also be participating in the event.

Man kills friend, chops body in over 200 pieces, flushes it down the toilet