The intelligence agencies, who got hold of these pictures, said the photos were taken when Dawood, who has been on the run since the past 25 years, met his most trusted aide Jabir Motiwala, who heads the international network of the D-company. 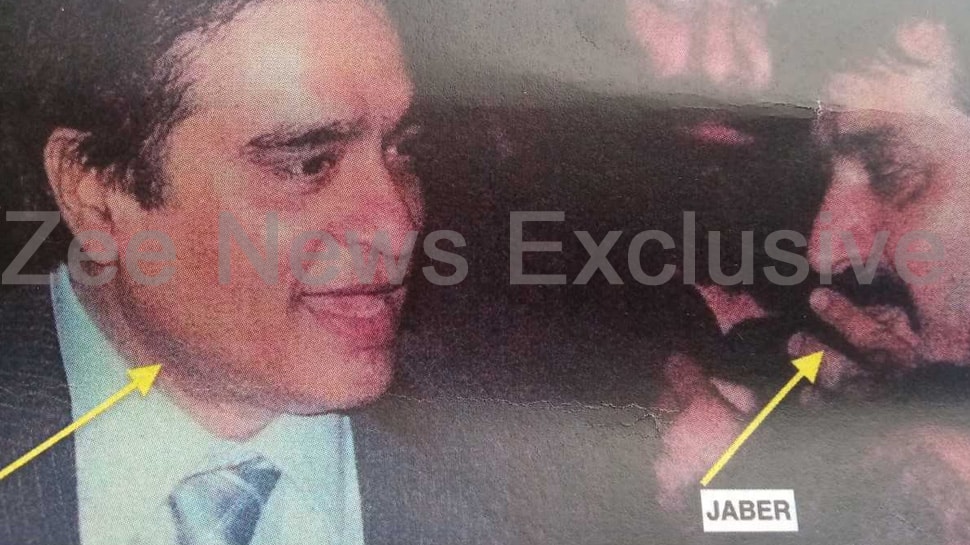 Fugitive underworld don and dreaded terrorist Dawood Ibrahim, who is wanted in India in connection with the 1993 Mumbai serial blasts case, is currently hiding in Karachi, Pakistan. An exclusive Zee News report has found Dawood Ibrahim was in Pakistan even though the neighbouring country has repeatedly denied the presence of the 51-year-old don on its land when questioned by India. Now, new and exclusive pictures of Dawood, accessed by Zee News, reveal otherwise.

The intelligence agencies, who got hold of these pictures, said the photos were taken when Dawood, who has been on the run since the past 25 years, met his most trusted aide Jabir Motiwala, who heads the international network of the D-company. In the picture, a clean-shaven Dawood can be seen in conversation with Motiwala.

In contrast to earlier reports of his ill-health, Dawood looks healthy in these photographs. It was earlier reported that he was suffering from severe knee problems.

According to the agencies, Motiwala lives next to Dawood's home, Clifton House, in Karachi and he shares family ties with Dawood's wife Mehjabin and his son Moin Nawaz.

Motiwala was arrested by United Kingdom's Scotland Yard on August 17, 2018, on the request of the US government after the Federal Bureau of Investigation (FBI) charged him with money laundering, extortion and conspiracy to import unlawful substances such as heroin. The FBI has requested the United Kingdom government for Motiwala's extradition to America so that he can face trial there.

According to the FBI, Motiwala has already divulged about the presence of Dawood in Pakistan. According to the US investigative agencies, as Motiwala is Dawood's most trusted henchman, he has many crucial information about the don of the D-company.

In such a situation, the Indian agencies are preparing to contact the FBI over the activities of D-company. According to Indian agencies, there is a connection between the D-company and Pakistan's intelligence agency ISI with Motiwala the key link in this. Motiwala also deals with Pakistani terrorist organisations. Earlier, he used to often visited Pakistan.

According to the FBI investigation, Motiwala has a 10-year visa from the UK, which will expire in 2028. But he has been trying to take the citizenship of Antigua and Barbuda with his family for the last few months. He has also deposited US dollars 2 million in a Dubai company.

An official told Zee News that with the arrest of Motiwala, Pakistan is afraid that it can get exposed on Dawood's whereabouts in front of the world.

According to the FBI, Motiwala not only smuggled drugs in the US but was also involved in the business of converting black money into white. In order to trap him, the FBI had made a deal of heroin with him. They also sought help from him on money laundering. A US government advocate has told the court that Motiwala has gone to Pakistan several times and held several meetings for Dawood.