In her apology, the Pakistani model said that she did not intend to hurt anyone and the pictures of her photoshoot were supposed to be a memory of her visit to Kartarpur Sahib. 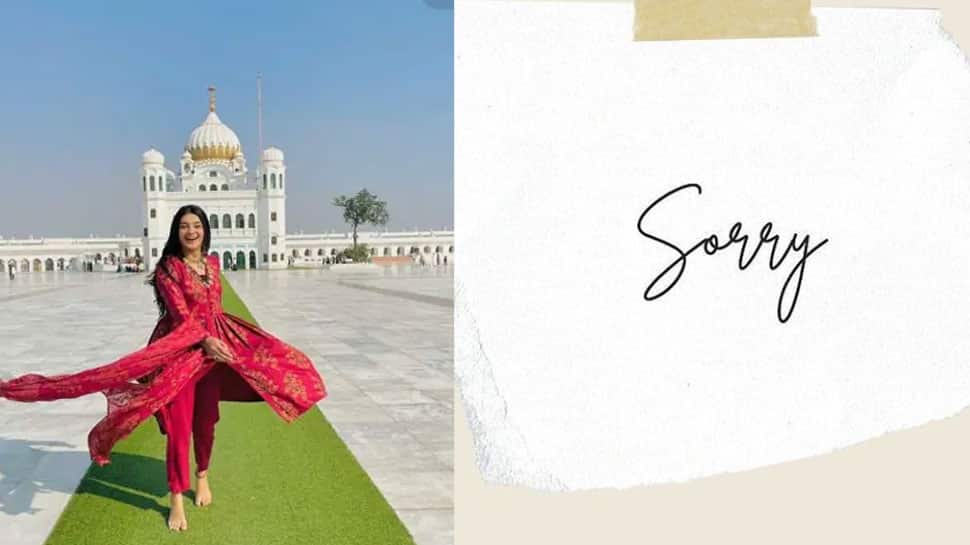 NEW DELHI: A Pakistani model, who triggered a controversy with her "bare-headed'' photoshoot at the holy shrine of Gurdwara Darbar Sahib in Kartarpur, has now apologised for unintentionally hurting the sentiments of the Sikh community.

The model in question, Sauleha Imtiaz, has now deleted the photos and tendered an apology on her Instagram page. In her apology, the Pakistani model said that she did not ''intend to hurt anyone'' and the pictures of her photoshoot were supposed to be ''a memory of her visit to Kartarpur Sahib.''

"Recently I posted a picture on Instagram that was not even a part of a shoot or anything. I just went to Kartarpur to learn about the history and know about the Sikh community. It wasn't done to hurt anyone sentiments or anything for that matter. However, if I have hurt anyone or they think that I don't respect their culture. I am sorry," she wrote in her Instagram post.

Zee News, one of the country's largest media houses, had aired the news showing how the controversial photoshoot at the holy shrine offended the religious sentiments of the Sikh community members.

The Pakistan Police, meanwhile, had launched an investigation on Monday against the Pakistani model and the clothing brand for hurting the religious sentiments of the Sikh community by conducting a bareheaded photoshoot at the revered Gurdwara Darbar Sahib in Kartarpur following an Indian Sikh journalist's criticism of the pictures.

According to a report in the Dawn newspaper, the model's photos were shared on the Instagram page of a clothing brand named Mannat Clothing but were removed after the criticism.

Covering one's head in a gurdwara is mandatory and considered as a way of showing respect for the revered place. The Punjab province's Pakistan Tehreek-i-Insaf government got into action following the criticism on social media about the photoshoot.

Punjab Chief Minister Usman Buzdar issued a statement saying he has taken notice of the incident and ordered an inquiry into the matter. He said action will be taken against those officials who allowed the "modelling" at the gurdwara.

A Punjab police spokesperson in a tweet said, "Punjab Police are investigating all aspects related to this incident and strict legal action will be taken against those responsible. Management of the concerned brand & model is being investigated. Worship places of all religions are equally respectable.''

Information Minister Fawad Chaudhry said in a tweet "the designer and the model must apologise to Sikh community" over the photos. "Kartarpur Sahib is a religious symbol and not a film set," he tweeted.

Azhar Mashwani, the Punjab chief minister's focal person for digital media, was quoted as saying in the report that police would first investigate the model and the brand's role in the capturing of the photos and later register a case. The Police are checking whether the model conducted the photoshoot on her own or the brand carried out the session," he said.

However, the brand - Mannat Clothing - clarified that the pictures posted on its accounts are not part of any photoshoot done by it. ''These pictures were provided to us by a third party (blogger) in which they were wearing our dress. However, we accept our mistake that we should not have posted this content and we apologise to every single person who was offended by this,'' it said.

This is not the first time Pakistani models and actresses have come under criticism for conducting photo shoots at religious places. Pakistani actress and model Saba Qamar, who starred in the Bollywood movie 'Hindi Medium', was earlier booked in a blasphemy case for doing a photoshoot at historic Masjid Wazir Khan in the old city of Lahore.