The Zee News Conclave will focus on the issues like nationalism, the beginning of a new era in Kashmir, unemployment and the upcoming assembly election in Delhi. 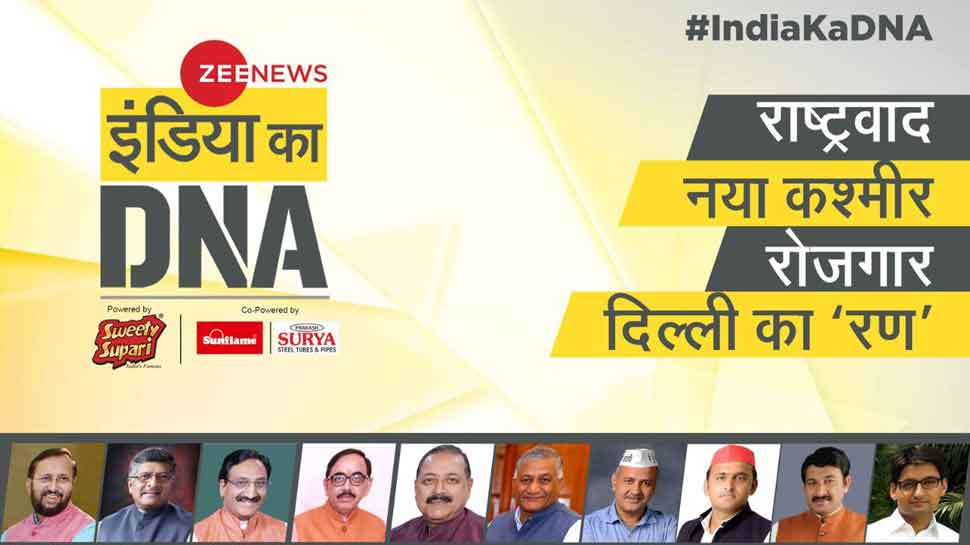 NEW DELHI: Zee News, the country's largest news network, which touches the lives of millions of viewers across the globe, will organise #IndiaKaDNA Conclave in the national capital on November 1.

The Zee News Conclave will focus on the issues like nationalism, the beginning of a new era in Kashmir, unemployment and the upcoming assembly election in Delhi.

The India Ka DNA conclave will be moderated by Zee News Editor-in-Chief Sudhir Chaudhary and top anchors and the event will be broadcast on all mainstream Zee network channels.

The event, which is being promoted on social media platforms with hashtag #IndiaKaDNA, is scheduled to begin around 12 on Friday.

The Zee News Conclave will see the participation of top political figures cutting across the party lines debating and expressing their views on issues of national importance.

Zee News had earlier this year organised India ka DNA 2019 Conclave in June during which some of the top figures from the Indian political spectrum and business came together to discuss issues which concern the country and its people.

From the political developments in Jammu and Kashmir to the state of the economy and the 2019 Lok Sabha election, the participants put forth their views on a wide range of issues at the conclave which was held at Hotel Taj Palace in New Delhi.