Industrial output grew 5.0 percent in May from a year earlier, data from the National Bureau of Statistics showed on Friday, missing analysts` expectations of 5.5% and well below April`s 5.4%. It was the weakest reading since early 2002. 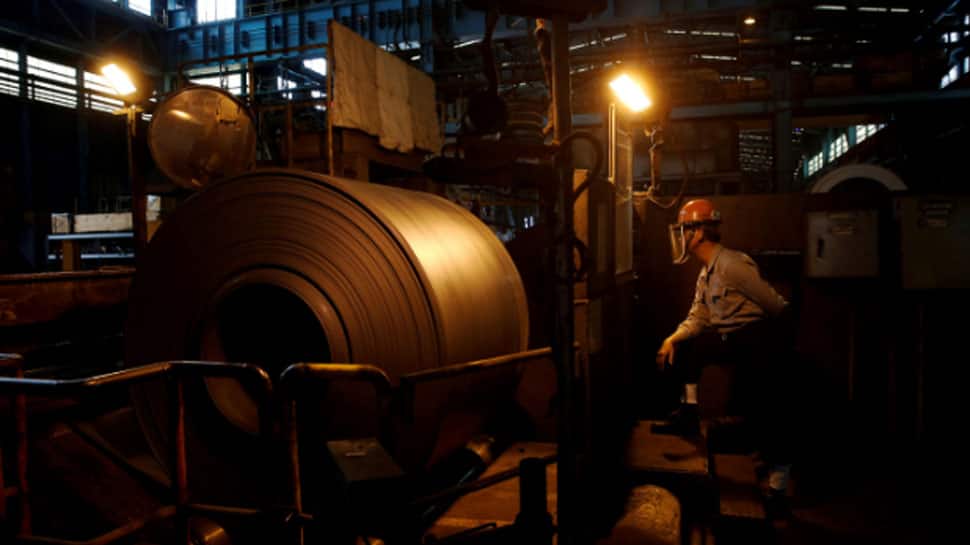 Beijing: China`s industrial output growth unexpectedly slowed to a more than 17-year low in May, while investment also cooled, in the latest sign of weakening demand in the world`s second-largest economy as the United States ramps up trade pressure.

Industrial output grew 5.0 percent in May from a year earlier, data from the National Bureau of Statistics showed on Friday, missing analysts` expectations of 5.5% and well below April`s 5.4%. It was the weakest reading since early 2002.

Vice Premier Liu He on Thursday stoked expectations of more stimulus as the U.S.-China trade dispute intensifies, urging regulators to do more to boost the economy and saying Beijing has plenty of policy tools it can use.

Despite a slew of support measures since last year, China`s cooling economy is still struggling to get back on firmer footing, and investors fear a longer and costlier trade war between the world`s two largest economies could trigger a global recession.

Fixed-asset investment rose 5.6% in January-May from the same period a year earlier, decelerating from 6.1% tipped in the Reuters poll and 6.1% in January-April.

Private sector fixed-asset investment, which accounts for about 60 percent of total investment in China, also showed signs of losing momentum. It rose 5.3%, compared with a 5.5% rise in the first four months of the year.

Analysts have been closely watching for signs of a rebound in infrastructure investment as Beijing ramps up spending on road, rail and port projects, which would boost construction-related industries from steel mills to cement makers.

Retail sales bucked the downbeat trend, rising 8.6% in May from a year earlier and picking up from a 7.2% rise in April, which was a 16-year low.

Analysts surveyed by Reuters had expected a rebound to 8.1%, but some said it was likely due to higher inflation rather than any turnaround in weak consumer confidence.

Earlier this week, China`s auto association reported the worst-ever monthly drop in sales in the world`s biggest vehicle market in May as the economy slowed and provinces implemented tougher emission standards.