The Federal Reserve kept interest rates unchanged on Wednesday in its last policy decision before the U.S. election, but signaled it could hike in December as the economy gathers momentum and inflation picks up. 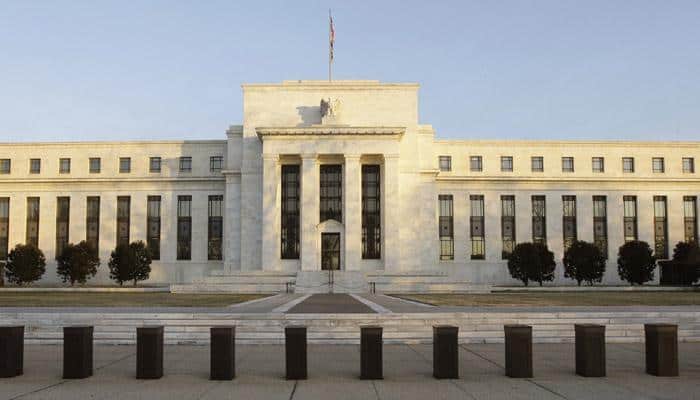 Washington: The Federal Reserve kept interest rates unchanged on Wednesday in its last policy decision before the U.S. election, but signaled it could hike in December as the economy gathers momentum and inflation picks up.

"The committee judges that the case for an increase in the federal funds rate has continued to strengthen but decided, for the time being, to wait for some further evidence of continued progress toward its objectives," the Fed said in a statement following a two-day policy meeting.

That suggests the bar appears low for a rate increase at the final policy meeting of the year in mid-December, which has largely been factored in by financial markets. After the Fed decision, U.S. stocks extended earlier losses and 10-year Treasury yields fell to session lows of 1.78 percent.

"You are still pointing to a December hike, they just didn`t pre-commit to it," said John Canally, investment strategist and economist for LPL Financial in Boston.

The Fed`s increasing confidence that prices were moving higher was reflected in its view that "inflation has increased somewhat since earlier this year" and the removal of its previous reference to inflation remaining low in the near term.

Kansas City Fed President Esther George and Cleveland Fed President Loretta Mester dissented in Wednesday`s decision in favor of an immediate hike. They were among three policymakers who dissented at the last meeting in September.

The policy decision came less than a week before an increasingly uncertain presidential election. Investors had all but discounted a rate increase this week, but overwhelmingly see the Fed raising borrowing costs next month.

In September, Fed Chair Janet Yellen said that a move before year`s end was likely as long as U.S. employment and inflation continued to strengthen.

Since then, job gains have continued at a solid rate and inflation has ticked higher, putting both close to the Fed`s long-run targets.

The economy also has gained momentum, growing at a 2.9 percent annual pace in the third quarter after a fairly sluggish first half.

The Fed has held its target rate for overnight lending between banks in a range of 0.25 percent to 0.50 percent since last December, when it raised borrowing costs for the first time in nearly a decade.