The leak was brought under control after being discovered by a maintenance worker on the night shift at the LG Polymers plant, outside the east coast city of Visakhapatnam, in India`s southern Andhra Pradesh state, according to a company spokesman. 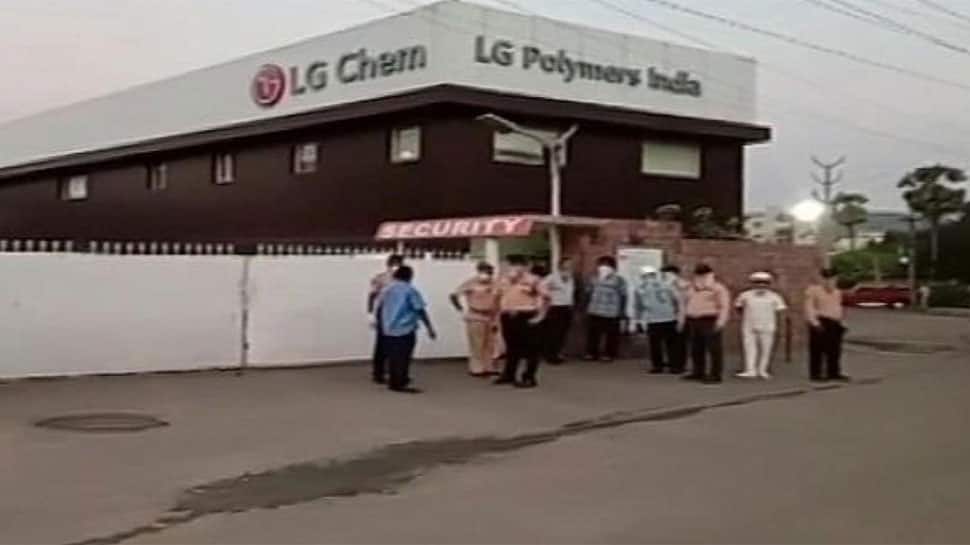 SEOUL: The share price of South Korean chemicals and battery maker LG Chem Ltd dropped almost 2% on Thursday after a gas leak at a factory operated by a unit in India killed at least nine people, and led to hundreds more being treated in hospital.

The leak was brought under control after being discovered by a maintenance worker on the night shift at the LG Polymers plant, outside the east coast city of Visakhapatnam, in India`s southern Andhra Pradesh state, according to a company spokesman.

Police in India said that nine people died, and emergency services rushed more than 300 people, mostly villagers living nearby, to hospitals. Around 1,500 people were evacuated from their homes.

The company spokesman said production at the plant had been suspended because of India`s nationwide lockdown to stop the spread of the coronavirus outbreak, but it was preparing to resume operations.

LG Chem said in a statement that the gas emitted in the leak can cause nausea and dizziness when inhaled. It said it was seeking to ensure casualties received treatment quickly.

"We are currently assessing the extent of the damage on residents in the town and are taking all necessary measures to protect residents and employees in collaboration with related organizations," LG Chem said in the statement.

The company added it was investigating the cause of the accident.

The company supplies electric vehicle batteries for General Motors and Volkswagen and others. Its domestic peer Lotte Chemical ended flat.

Analysts say the incident should not have a major impact on LG Chem`s bottom line, as it did not affect major operations, but they were wary of any potential fallout.

"Given that casualties are large, eyes are on whether this will lead to any criticism within India," Hwang Yu-sik, an analyst at NH Investment & Securities in Seoul said.

"It’s not clear yet the amount of compensation for losses to residents, and if it halts operations, opportunity loss won’t be much, less than 10 billion won ($8.17 million) as it’s a small one," Roh Woo-ho, an analyst at Meritz Securities.

LG Chem took over Hindustan Polymers and renamed it as a LG Polymers India Private Limited (LGPI) in 1997, and the Indian unit posted a revenue of 223 billion won ($181.95 million) and a net profit of 6.3 billion won last year.

LG Chem is an affiliate of LG Electronics, a smartphone maker.

An explosion in 2012 at a LG Chem plant in South Korea making materials for smartphone displays, killed 8 people and injured three, according to a court document.

A year ago, rival Hanwha Total Petrochemical suffered a leak from a styrene monomer unit at its plant in South Korea, leading to hundreds of workers and residents being treated in hospital.