Most expensive celebrity divorce: Here's how much world's richest man Jeff Bezos will pay his wife as alimony

Bezos may have to pay nearly half his fortune to his wife MacKenzie. 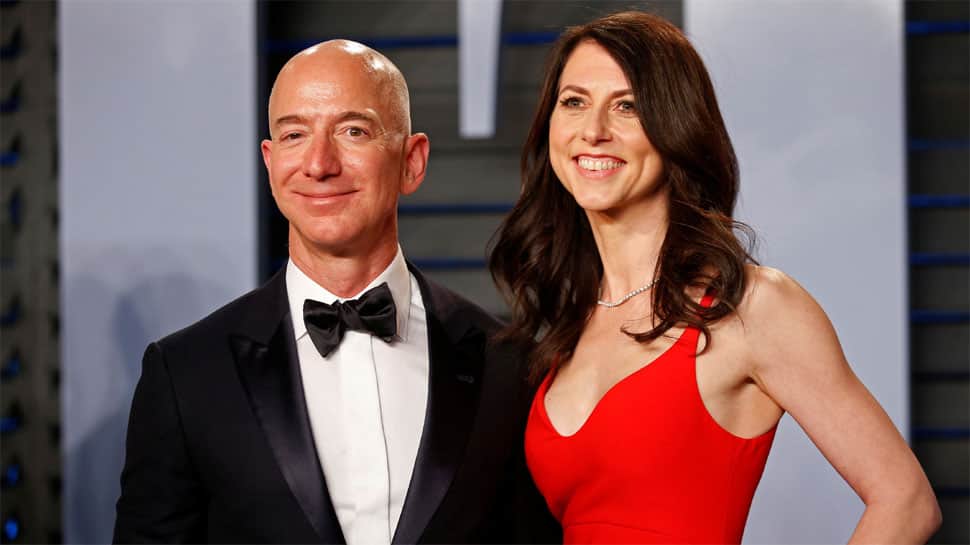 New Delhi: World's richest person Jeff Bezos and his wife MacKenzie's divorce may come with a hefty price tag for the Amazon founder.

The news of world's richest person and Amazon.com Inc founder and Chief Executive Jeff Bezos seeking divorce from his wife MacKenzie Bezos after 25 years of marriage, has shocked one and all. Though market experts believe that the divorce may not have any material impact on the company and its shares, few media reports said that the Bezos may have to part with half his fortunes as alimony to his wife.

Jeff Bezos, 54, has a fortune that has soared as high as $160 billion thanks to his stake in Amazon, which again became Wall Street`s most valuable company this week, surpassing Microsoft Corp. As per media reports, after the split, Bezos may have to pay nearly half his fortune (upto USD 69 billion) to his wife  MacKenzie –thus making her the world's riches woman and himself shedding the tag of being the world's richest man.

The reason behind the split has made everyone curious – given that Bezos had on several occassions contributed his success to his wife`s support.

As per the National ENQUIRER report, Bezos and his wife have decided to call it quits due to Jeff's secret affair with Lauren Sanchez – the wife of  Hollywood’s talent agent Patrick Whitesell.

The ENQUIRER reported Bezos and Sanchez have been seeing each other for eight months.

MacKenzie Bezos met her husband Jeff Bezos when interviewing for a job at a New York hedge fund, according to a 2013 profile in Vogue.

The two were engaged after three months of dating and married three months after that, according to the magazine. They have four children.

Speaking at an event in Berlin last April, Jeff Bezos said his wife`s support was instrumental when he founded Amazon.

"When you have loving and supportive people in your life, like MacKenzie, my parents, my grandfather, my grandmother, you end up being able to take risks," he said.

Bezos has credited MacKenzie, 48, for her support when he uprooted the young couple to Seattle from New York to launch Amazon, an online bookseller that grew into the world`s largest internet retailer.

MacKenzie Bezos, a Princeton graduate who is now a novelist, did accounting for Amazon for its first year after it was founded in 1994.

Revealed! Why world's richest person Jeff Bezos is seeking divorce from his wife